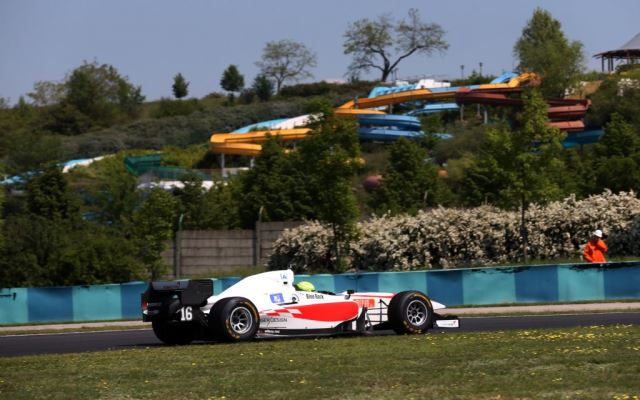 Euronova’s Kimiya Sato has become the first multiple race winner of the 2014 Auto GP season after an impressive performance in race one at the Hungaroring.

At the start, it was Tamas Pal Kiss who stole the lead from pole-sitter Markus Pommer with Sato having a flying start from ninth to fourth.

During the race, Sato managed to pass Belgian driver?Sam Dejonghe for third and then Pommer, who had radio and tyre issues before visiting the pits. Thanks to his great pace and tyre preservation, Sato jumped local driver Kiss with his late pitstop to win the race.

Kiss, despite leading a big part of the race, had to settle for second with Andrea Roda completing the podium.

Kevin Giovesi made a lot of progress with an early pitstop and ended up in fourth, followed by Dejonghe, Pommer and Yoshitaka Kuroda.

Italian racer Michele La Rosa finished eighth after passing 2013 champion Vittorio Ghirelli in the very last corner of the race. With his move, he also got the pole position for the second race. The top ten was completed by Ghirelli who reportedly struggled with steering damage, and Michela Cerruti, who had problems with her pitstop on an uncharacteristically bad day for Super Nova.