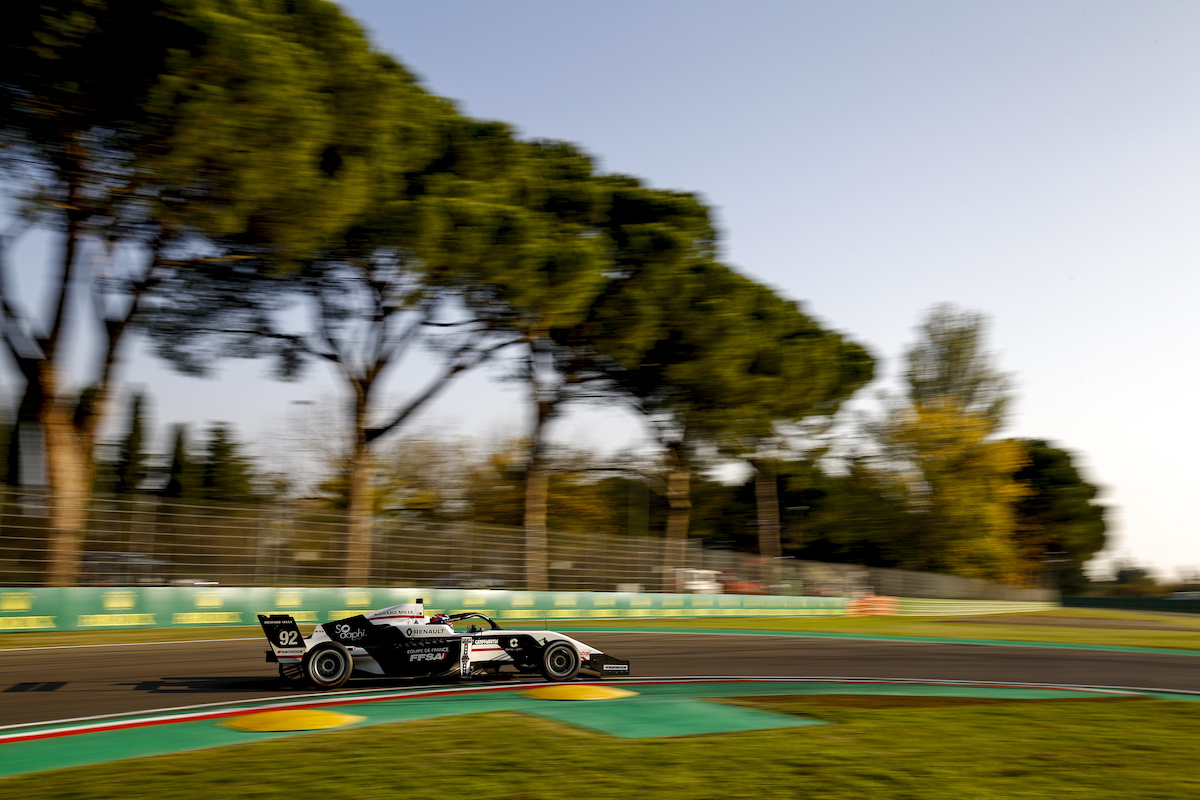 The first round of the Formula Regional European Championship by Alpine season at Imola has had a late shake-up to its timetable as a result of a British royal funeral.

The funeral of Prince Philip, who was married to Queen Elizabeth II and died last Friday, will take place this Saturday. For 42 years, he was president-in-chief of British Racing Drivers’ Club.

With F1 not wanting broadcasts of the grand prix sessions to be running at the same time as the funeral, it has moved its Friday and Saturday action to earlier in the day.

For FREC, this means its first free practice session of the season on Friday moves from 10am local time to 9:30am, and its afternoon session moves back by half an hour from 1pm to 12:30pm.

Its Saturday schedule appears to still be in limbo, with qualifying one coming forward from 10:40am to 9:55am but qualifying two appearing twice on the latest timetable put out by F1.

The first appearance of Q2 on the schedule is Saturday afternoon at 1pm, having previously been at 1:30pm. This would set the grid for race one at 4:25pm.

However, Q2 is also pencilled in to start the Sunday’s action at 10:55am. In this case it would set the grid for race two, given race one will already have taken place.

Race two’s start time hasn’t been changed, and will take place at 12:15pm before the Emilia Romagna GP itself.

Grant Palmer steps up to USF2000 with Exclusive Autosport