Rowland fights back with race two pole at Hungaroring 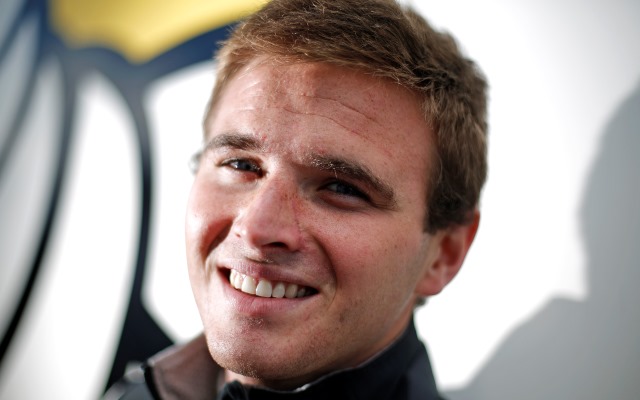 Eurocup Formula Renault 2.0 points leader Oliver Rowland bounced back from his difficult race one to claim pole position for race two at the Hungaroring as title rival Pierre Gasly managed only eighth.

Rowland narrowly defeated Oscar Tunjo by just 0.005 seconds to set the best time in the second group and with it claim first place on the grid for the afternoon’s race.

The Briton lost the championship lead to Gasly on Saturday when he finished eighth after contact with Racing Steps Foundation stable-mate Jake Dennis, while Gasly won the race.

Rowland’s time of 1m42.452s bettered the 1m42.609s managed by Nyck de Vries who set the pace in the first group to run. The Dutchman had come out on top of a close fight with Egor Orudzhev, Esteban Ocon and Gasly, with the quartet separated by mere 0.043 seconds.

After scoring his first Eurocup podium in a year in race one, de Vries will now start alongside Rowland on the front row of the grid.

Tunjo and Orudzhev will share row two with Ignazio D’Agosto in fifth ahead of Ocon. Ed Jones will head row four ahead of Gasly with the top ten completed by Andrea Pizzitola and Luca Ghiotto.

Update: Tunjo and Orudzhev were two of several drivers found guilty of exceeding track limits in qualifying and had their best laps deleted as a result. Tunjo remains second in his group and therefore third on the grid but Orudzhev drops to fourth in his group behind Ocon and Gasly, meaning he falls to eighth on the grid with Ocon and Gasly promoted to fourth and sixth respectively.