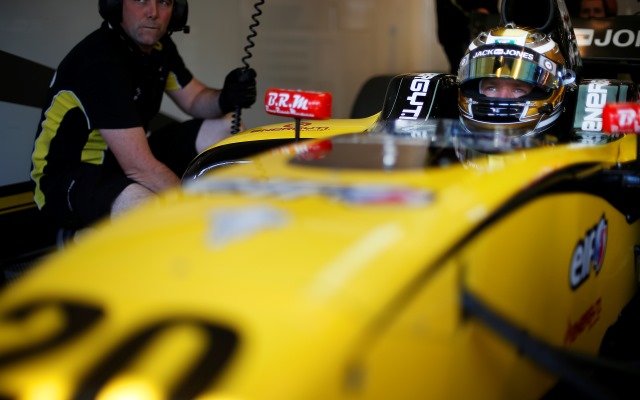 The Dane took top spot away from compatriot Marco Sorensen with around five minutes remaining, and his time remained good enough for pole position. The McLaren young driver will be aiming to convert that into a first race win since Spa at the start of June.

Stoffel Vandoorne held second in the closing stages before being demoted to third by Felix da Costa, while Sorensen ended up fourth despite managing to improve his lap time at the end.

Arthur Pic sat on provisional pole when the drivers returned to the pits in the middle of the session and finished up fifth ahead of Saturday pole-man Andre Negrao. William Buller will share row four with race one victor Nico Muller while Carlos Huertas and Nigel Melker will complete the top ten.

Will Stevens stopped on his second flying lap, bringing out the yellow flags and having his only time deleted as a result meaning he is set to start 26th and last.

Rowland fights back with race two pole at Hungaroring