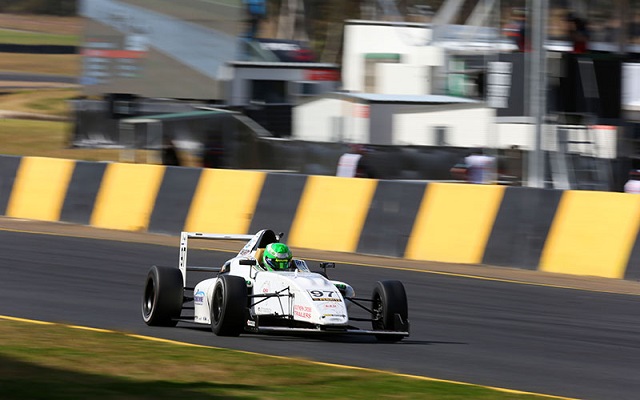 Nick Rowe collected his maiden Australian F4 race win in the second, rainy race of the weekend at Eastern Creek.

Although Zane Goddard started on pole position, it was Rowe and Luis Leeds grabbing the first two positions after the start.

While Rowe was showing impressive pace ahead, Leeds was soon demoted by the charging Thomas Randle as well as Jordan Lloyd.

However, Lloyd’s overtake was a bit too aggressive and the championship leader had to serve a drive-through penalty.

At the front, there was no challenging Rowe, who became the fourth Australian F4 race winner, taking the victory by 12 seconds.

Randle completed a similarly confident race in second, while the podium was completed?by Will Brown,?who took advantage of a mistake from Leeds.

Tom Grech took fifth, followed by Harry Hayek, Goddard and Drew Ridge. Lloyd managed to gain one position after his penalty to finish ninth as the top ten was completed by Jordan Love.