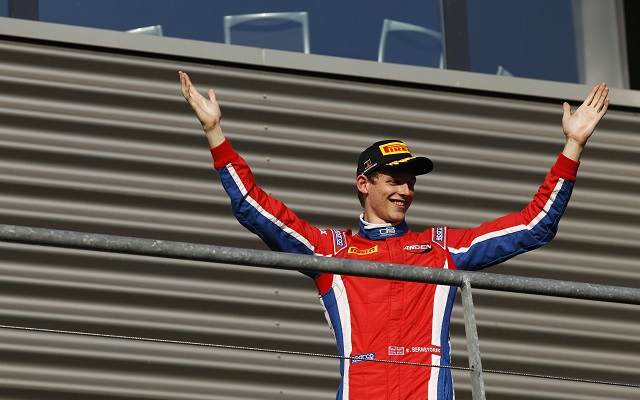 Emil Bernstorff has become the winner of the first GP3 race at Spa-Francorchamps as a post-race penalty relegated Esteban Ocon to second.

The Frenchman was found to have breached the virtual safety car speed limit, having started to accelerate on a restart before he was allowed to.

As a result, despite leading every lap of the race, Ocon drops down to his fourth consecutive second, and Bernstorff takes his first victory of the season.

In addition, Jimmy Eriksson was handed a 20-second time penalty for serving a drive-through during the race under the virtual safety car.

As a result, he drops down to 13th and?Alex Bosak?inherits the reverse-grid pole for tomorrow’s race as well as?Alex Fontana?now scoring the final point in 10th.

Unable to fully take these sanctions given their low starting positions, both of them will start from the pitlane.