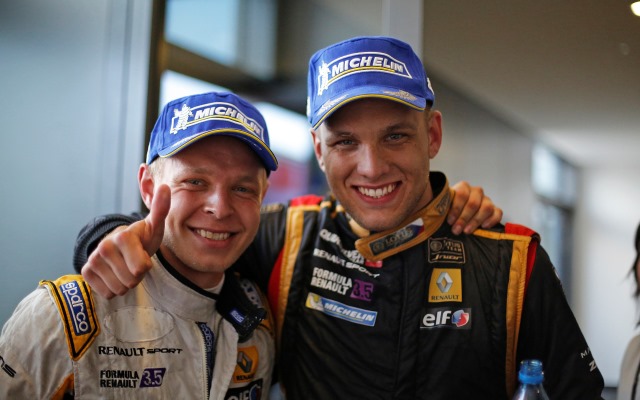 Danish delight in Austria, as Marco Sorensen returns to winning ways in some style and Kevin Magnussen capitalises on disaster for his championship rivals to open up a strong lead. The scrap for Eurocup glory also continues…

Sorensen back to form at last, as Vandoorne and Felix da Costa have a torrid weekend

The first half of the Formula Renault 3.5 season had been a difficult one for Marco Sorensen, languishing down in ninth in the points with just a single podium to his name. After back luck prevented him getting the results his pace deserved last year, this year his Lotus team have struggled for much at all. There were no such problems in Spielberg last weekend though. On Saturday, Sorensen claimed pole position and went on to take a commanding victory, despite two safety cars. He repeated the feat on Sunday. He’s now up to sixth in the points, but with just three weekends remaining it’s likely too late for a title charge unless he were to continue taking double wins. Had the young driver test been next week rather than last, Lotus might this time have been tempted to give him a run.

The podium for the two races ended up with exactly the same drivers on each step. Nigel Melker continue his upward form that saw him take third-place finishes in Spa and Moscow to twice finish second in Spielberg. He qualified third on Saturday and passed Kevin Magnussen at the start for second. On Sunday the opposite happened, qualifying second and dropping behind Magnussen on the first lap. Stewards however deemed that Magnussen’s pass was illegal, demoting him to a second third place.

Magnussen wasn’t able to match his compatriot Sorensen, but it didn’t really matter as far as his championship position was concerned. He came into the weekend with a three point deficit to Stoffel Vandoorne after the Belgian’s double in Moscow, but he left with a 27 point advantage.

Sorensen left Melker and Magnussen behind, but they still had strong weekends (Photo: Renault Sport/DPPI)

Vandoorne might have been disappointed to qualify sixth on Saturday, but there was to come. He lost ground in the early stages and eventually retired with a water leak. On Sunday he started fourth, but spun as he battled with Melker and Magnussen at the first corner. Once again, he retired with a car issue. After a point-less weekend, he could do with fellow McLaren young driver Magnussen suffering similar misfortune to make up the ground.

Fresh from his F1 debut with Caterham at Silverstone, Will Stevens continued his consistent run of results with a fourth and a sixth, meaning he’s now finished in the top seven in all but one of the last nine races, and in the top four in six of them. He’s now up into third in the points, albeit only one point ahead of Melker.

The pressure was on Antonio Felix da Costa to find his form at the home circuit of backers Red Bull. He could only manage seventh in race one, complaining of an overheating engine. Then in race two an electrical failure left him stranded on the grid. He’s now slipped to fifth in the points, with 95 to Magnussen’s 163. His late-2012 form means he can never be ruled out until it’s mathematically impossible, but there’s certainly work to do.

The other driver with people to impress was Sergey Sirotkin. The Russian, linked last week to a Sauber race seat next year, had his progress ended in race one when he was hit from behind by Norman Nato, but came from tenth to fourth in race two. Sorensen’s success however means he drops one spot to ninth in the standings.

Report: Sorensen completes Spielberg double with another win from pole

A large number of drivers had already featured at the sharp end of races in the highly-competitive Eurocup this season, but a number of new faces led the way in Spielberg. KTR drivers Alex Albon and Ignazio D’Agosto were right on the pace, Albon claiming pole position for Saturday’s race. He would take an impressive maiden win in cars, but a penalty for a jump start demoted him to tenth and handed the win to D’Agosto instead, ahead of William Vermont and Ed Jones. 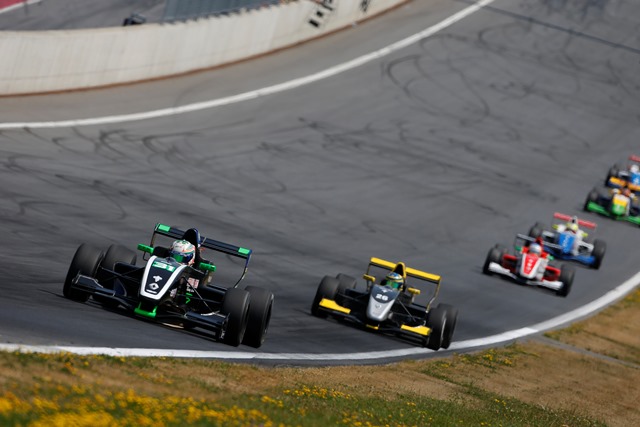 Something of a more familiar order was restored on Sunday, with championship leader Oliver Rowland winning from his chief rival Pierre Gasly. The pair had only been fifth and seventh in the first race, but since none of their nearest competitors finished well either, they have now moved on to 119 and 102 points respectively.

Jake Dennis is third, with only 76 points having finished between fourth and sixth in all seven of the races he’s scored points in so far, adding two fourth places in Austria. Esteban Ocon is fourth, having scored just point last weekend. Jones completed a double podium in race two.

There’s no contest, really. As he said himself, probably the best weekend of his career.