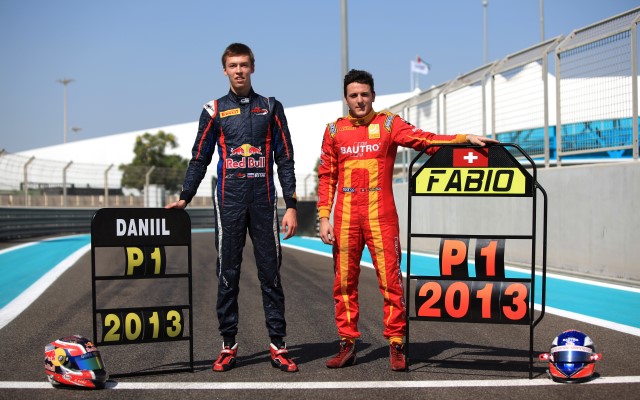 We roundup all the action from the GP2 and GP3 season finales at the Yas Marina circuit, with both titles being settled with a race to spare…

Fabio Leimer secured the 2013 GP2 Series title with another consistent weekend in Abu Dhabi. A fourth place in the feature race was enough to claim the honours, with chief rival Sam Bird managing only ninth after stalling on the front row of the grid.

Racing Engineering man Leimer finished third in the sprint race, continuing his pattern of a feature race fourth/fifth and a sprint race third place that he achieved in four of the last six weekends. His relentless points scoring put him 20 points clear of Bird, who finished one spot behind him in fourth on Sunday.

The story of Sunday was James Calado taking sprint race victory and with it third place in the drivers’ standings – a positive end to a difficult and below-expectations season. The man who had held third, Felipe Nasr, started on the front row of the reverse grid, but third-placed Calado punched a hole between Nasr and pole-sitter Johnny Cecotto to take the lead, with Nasr then hitting Cecotto at turn one as Calado scampered away.

Alexander Rossi enjoyed the best performance of his rookie season, claiming pole position and eventually the feature race win, but only after he’d recovered from a poor getaway by jumping Jolyon Palmer as they pitted late on. Marcus Ericsson completed the podium.

Stefano Coletti continued his pointless run that began at the Nurburgring, and slipped to fifth in the final standings ahead of Ericsson, Palmer, Stephane Richelmi, Rossi and Tom Dillmann, whose season ended painfully on the first lap of the feature race when Jon Lancaster landed on his head. The Frenchman is missing post-season testing as a result of a neck injury. 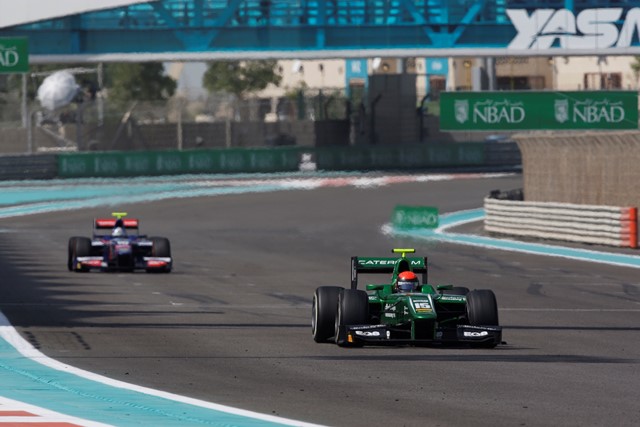 Kvyat seals crown with another win while Stoneman stars

Daniil Kvyat finished off his junior single-seater career by claiming the GP3 title with another emphatic win in Abu Dhabi. Unrivalled after starting from pole, it was the future Toro Rosso driver’s third straight Saturday win in GP3. The win was enough to catch, overhaul and move out of reach of points leader Facu Regalia, who could only cross the line seventh and was then penalised for ignoring yellow flags and track limits. Kvyat made it as far as fifth on Sunday from eighth place on the reverse grid.

Regalia held onto second in the standings despite his double non-score, finishing ahead of ART team-mate Conor Daly who was fourth and third in the two races. Tio Ellinas moved up to fourth place with a win in race two. He led most of the race comfortably from pole but began to struggle with tyre wear late on, only just winning ahead of Dean Stoneman.

Stoneman made a superb return to single-seater racing after three years away following his fight with cancer. Driving for Koiranen he finished sixth in race one before his race two podium, where he held off the advances of Daly before catching Ellinas.

A fifth and a fourth gave Jack Harvey fifth in the final standings ahead of fellow Brit Nick Yelloly, who was third in race one after being passed by team-mate Alexander Sims. Kevin Korjus slipped from third to seventh in the standings after a pointless weekend, stalling from third on the grid in race one. 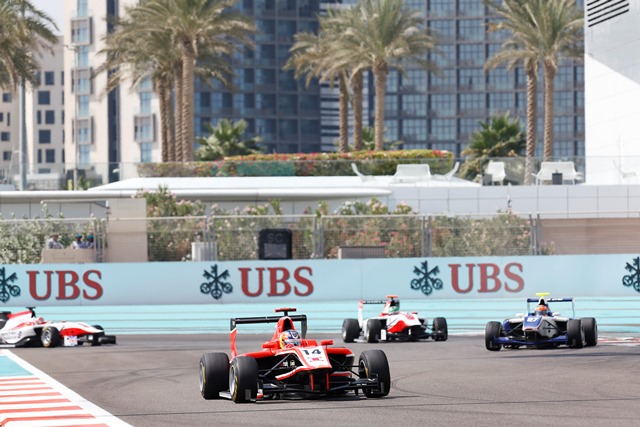 A fine performance from Stoneman as he raced a single-seater for the first time since winning the F2 title in 2010. He’s continued to show rapid pace in post-season testing this week. Hopefully Koiranen or another team will give him a full time race seat for 2014.

Vandoorne to DAMS, Daly with ART among other changes for Thursday