Home Formula 2 Vandoorne to DAMS, Daly with ART among other changes for Thursday
Formula 2News

Vandoorne to DAMS, Daly with ART among other changes for Thursday 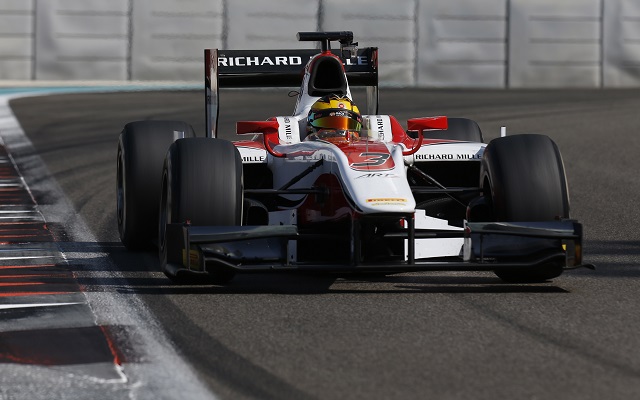 The GP2 Series organizers have published the entry list for the final day of post-season testing in Abu Dhabi.

In one of the key changes, Formula Renault 3.5 Stoffel Vandoorne will be switching from ART Grand Prix to DAMS, joining the team’s regular driver Stephane Richelmi. ART, in turn, will field an entirely new lineup, consisting of their GP3 driver Conor Daly and Nikolay Martsenko.

Teams’ champions Russian Time will continue to field Artem Markelov and Sam Bird, while their title rivals Carlin have opted to go with Jazeman Jaafar and Andre Negrao.

Arden International will test with an all-French lineup of Nathanael Berthon and Arthur Pic, while Mitch Evans and Raffaele Marciello will step in at Racing Engineering.

Julian Leal will join Daniel Abt at Hilmer, while Tio Ellinas and Daniel de Jong will continue to test with MP.

Will Stevens and Rio Haryanto will both get another day of running with Caterham, while Johnny Cecotto will switch to Rapax, joining the team’s confirmed 2014 driver Simon Trummer.

Gianmarco Raimondo is a late addition to the three-day test, securing a day of running with Trident Racing, with their GP3 race winner Giovanni Venturini alongside. Lazarus regular Rene Binder will join the team for the final day of the test, with GP2’s resident part-timer Dani Clos stepping in in the other car.