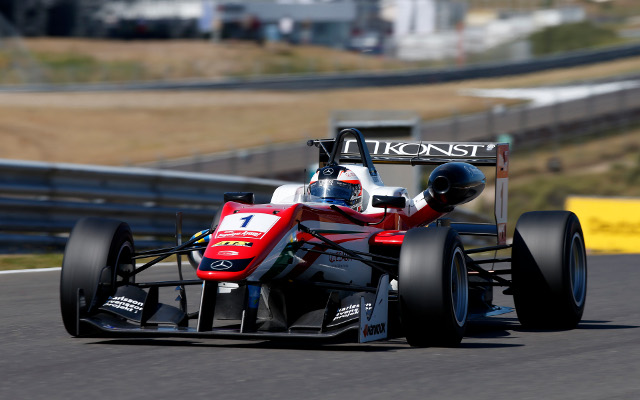 Rosenqvist made a good getaway from pole position to lead race one winner Antonio Giovinazzi, but there was incident behind.

Not for the first time this season, Lance Stroll triggered a collision with a car that was overlapping his.

This time the contact was with Leclerc as the fifth-place starting Stroll pulled to his right and was turned into the pit wall before coming to a rest down at Tarzan corner, triggering a safety car.

It had seemed as if Leclerc escaped unscathed despite contact with both Stroll and the wall, but after the restart the Monegasque driver crashed out himself.

After another safety car intervention, Rosenqvist pulled out a three-second advantage over Giovinazzi, who is now just 9.5 points behind Leclerc having been 42.5 adrift at the start of the day.

Jake Dennis completed the podium after a four-race pointless streak.