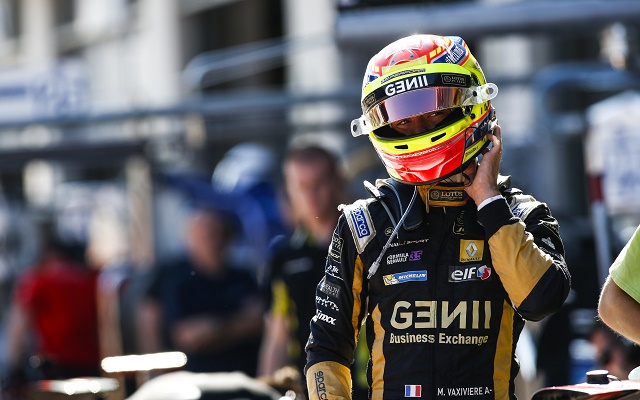 Mixed weather conditions made for a closely fought second Formula Renault 3.5 qualifying at Spielberg and eventually saw Matthieu Vaxiviere claim his fourth pole of the season.

The Frenchman, who was third in first qualifying, timed his lap to perfection on a drying track to top the second outing by a comfortable quarter of a second.

Initially, it looked like this session was over well in advance, as Meindert van Buuren held the lead for his new Pons Racing squad on a track that seemed to be getting wetter.

However, Spielberg instead drastically dried in the final seconds, leading to numerous changes at the top of the timesheets.

Fortec’s points leader Oliver Rowland, who at one point looked set to qualify outside of the top ten, managed to take full advantage of the improving track surface to go quickest right at the chequered flag.

But he was handily dethroned by Vaxiviere and eventually had to settle for third as well, being passed by Roberto Merhi.

Nyck de Vries was the leading rookie in fourth, with fellow newcomer Roy Nissany recording his and Tech 1’s by far best qualifying effort of the season so far in fifth.

Van Buuren ended up seventh, right behind his Lotus WSR replacement Marlon Stockinger and ever so slightly ahead of AVF’s Alfonso Celis.

The top ten was completed by Nicholas Latifi and Pietro Fantin.