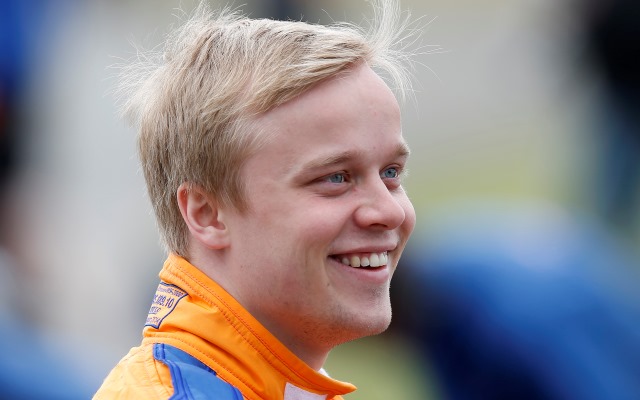 Felix Rosenqvist will start the qualifying race at the Macau Grand Prix from pole position after setting the fastest time in qualifying in the second session on Friday.

The Swedish Macau GP veteran bounced back from his crash in the earlier practice session to once again set the pace with a time of 2m11.506s.

His pole position was sealed when Alex Palou crashed in the Esses, bringing out a red flag with two minutes left on the clock.

European F3 champion Esteban Ocon was second fastest, 0.236s behind Rosenqvist and just five thousandths of a second ahead of his rival Max Verstappen. Both will take two-place grid penalties for missing the weight check in practice on Thursday.

That will promote Lucas Auer onto the front row of the grid alongside his Mucke Motorsport team-mate Rosenqvist. Tom Blomqvist was a tenth slower than he had been when he topped Thursday’s qualifying, but that time will be enough to start third on the grid once Ocon and Verstappen take their penalties.

Jordan King and Nick Cassidy were the last two drivers to break the 2m12s barrier and will complete the top seven on the grid. Antonio Giovinazzi was only 12th quickest in Q2 but his second-fastest time in Q1 puts him eighth on the grid in front of Nicholas Latifi and Roberto Merhi.