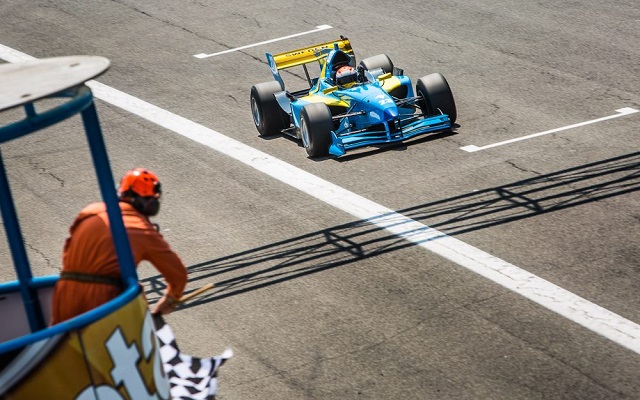 Swedish racer Felix Rosenqvist took his first victory from pole in race one of FA1’s Monza round despite losing the lead on the opening lap.

Front row starter Sergio Campana stole the lead from Rosenqvist at the start with Nigel Melker following through. The Italian led for two laps before being overtaken by Melker, who then in turn lost first place to the Swede on lap five.

Rosenqvist, who set the pace around Monza all throughout Friday, was unstoppable from that point on, building up a solid lead until his mandatory stop on lap ten. He inherited the lead when Steijn Schothorst visited the pits on the 13th lap and comfortably cruised to take victory.