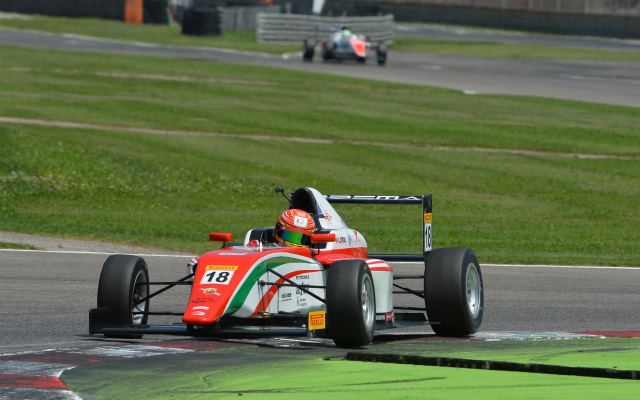 Ferrari Driver Academy star Lance Stroll claimed a double pole position in qualifying for the first round of the new Italian F4 Championship at Adria.

The 15-year-old Canadian defeated his more experienced Prema team-mate Brandon Maisano in each of the two sessions to claim pole for Sunday’s first and third races.

In the first session, Stroll was 0.073 seconds quicker than Maisano, who was dropped by Ferrari’s young driver programme at the end of 2012.

The pair was half a second clear of Leonardo Pulcini of Euronova, who edged out Cram driver Mattia Drudi?for third by four thousandths of a second.

Stroll’s session two time was slightly slower than his first, but it was 0.223s quicker than Maisano could manage.

Russo headed the Italian quartet on this occasion in third, in front of Drudi, Cairoli and Pulcini. Sasahara was again seventh, with Matveev just behind his team-mates in eighth. Vieira and Valente made it the same top ten in both sessions.