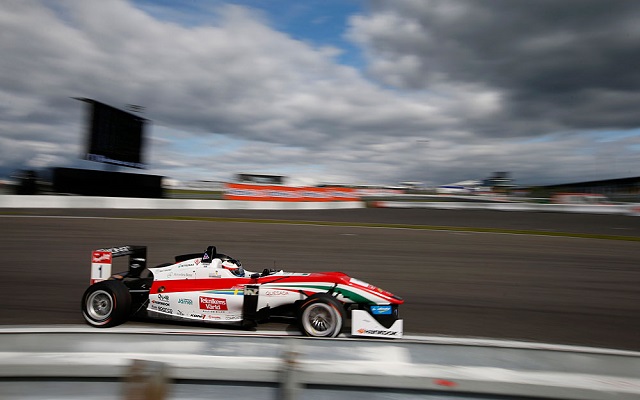 The championship leader grabbed the lead around ten minutes into the session but, unlike in the first qualifying, he was not demoted afterwards and further two improvements gave him a lead of half a second and enough confidence to pit before the checkered flag.

His closest challenger was yet again George Russell but the Briton’s final effort was more than two tenths shy.

Lance Stroll rebounded from a quiet first session to take third and edge Prema teammate Jake Dennis out of the top three, while Antonio Giovinazzi had to settle for fifth despite sitting second not long before the end.

Mikkel Jensen in sixth was more than half a second off the pace, followed by Charles Leclerc and Nick Cassidy, while the top ten was rounded out by Santino Ferrucci and Alessio Lorandi, the Italian beating fellow karting graduate Callum Ilott by just 0.005s.

Rosenqvist’s great run earned him the pole for the third race as well, however, he will be joined by Stroll on the front row this time with Russell starting third.

Fourth and fifth saw another position change with Giovinazzi starting ahead of Dennis, then it’s Jensen, Leclerc and Cassidy. Markus Pommer and Ilott complete the top 10 with Ferrucci back in 13th and Lorandi 18th.

UPDATE: It’s been confirmed that Russell will take a 10-place grid penalty in each of the Nurburgring races for an engine change prior to qualifying.