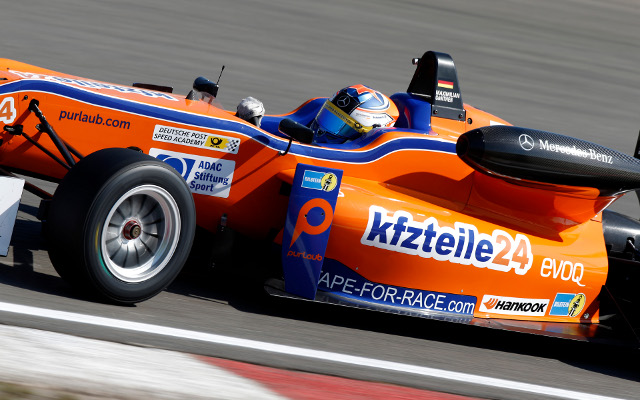 The 18-year-old German is absent from this weekend’s penultimate event at the Nurburgring, and a statement on his website explained that he had split with Peter Mucke’s outfit by mutual agreement for undisclosed reasons.

Gunther first joined Mucke as a 14-year-old in 2012 after finishing second in the Formula BMW Talent Cup the previous season, ahead of a move into ADAC Formel Masters.

He finished second in his rookie ADAC campaign in 2013, a result he repeated a year later.

Stepping up to F3 with Mucke, he scored a second-place finish in the Pau Grand Prix before taking his maiden victory at the Norisring. He made the points in 11 of the first 17 races but just once in his last 10.

“I look back together with Mucke Motorsport on three successful years in formula racing,” said Gunther.

“In the seasons 2013 and 2014 we won together the vice-drivers’ championship in ADAC Formula Masters.

“This year, the podium at the Pau Grand Prix and the victory at the Norisring are included among the highlights of my rookie season.

“I wish Peter Mucke and his team all the best and look forward to the next challenge of my motorsport career.”

The Gunther statement noted that “the finale of the strongest junior racing series in the world takes place from 16-18 October at Hockenheim,” opening up the possibility of a return with another team.