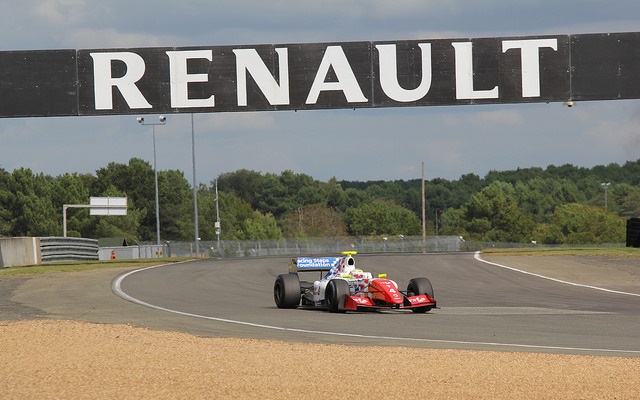 Oliver Rowland gave himself the best chance of wrapping the Formula Renault 3.5 title at Le Mans this weekend by claiming pole position for race one.

After having his early laps deleted for exceeding track limits and therefore leaving him bottom of the times when an off for Beistke Visser triggered a red flag, Rowland led the way in the middle of the session.

The Racing Steps Foundation-backed Briton improved by fourth tenths of a second inside the final five minutes, but he was then shuffled down the order as Matthieu Vaxiviere and Tom Dillmann made it a French one-two on home ground.

Rowland went back to the top of the times on his next effort, only for Egor Orudzhev to better his time by two tenths.

There was one final improvement from Rowland though, which was enough to beat Orudzhev’s time by 0.049 seconds.

The Russian’s chances of improving were ended when he ran very wide at the penultimate corner.

Vaxiviere – who is likely to have to outscore Rowland this weekend to keep the title fight alive – ended up third with Dillmann fourth.

Gustav Malja took the last place in the top 10, just ahead of recent addition Yu Kanamaru and series returnee Andre Negrao. Rowland’s team-mate Jazeman Jaafar was only 15th, with debutant Nikita Zlobin 18th ahead of Visser.