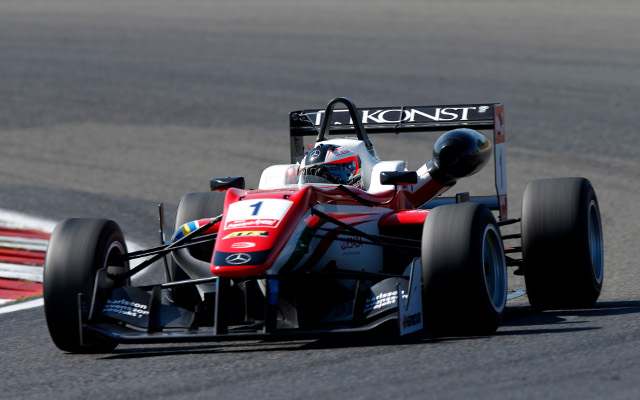 Felix Rosenqvist and Nick Cassidy completed two days of domination for Prema Powerteam in the pre-event FIA Formula 3 European Championship test at Portimao by leading the way on Wednesday.

In the morning session, Rosenqvist took top spot away from Cassidy after an hour and stayed there until the lunch break, 0.161 seconds ahead of his new team-mate.

The Swede quickly took the initiative again in the afternoon but was bettered by Cassidy inside the final half an hour by 0.131s.

Rosenqvist’s morning benchmark was the best of the day though, with Cassidy’s afternoon best nearly a second adrift.

The Prema pair were not in a league of their own though, with Carlin’s George Russell placing a close third in both sessions.

In the afternoon, Pommer completed a quartet of top-five placings with fourth.

His fellow German Maximilian Gunther was fifth, exactly four tenths off the pace and with the remainder of the top 10 within a tenth of him.

After taking 15th in the morning, title contender Charles Leclerc was 11th in the afternoon.

With his outright pace confirmed by topping both of Tuesday’s sessions on two different circuit configurations, Lance Stroll had a low-key second day with 16th and 19th.