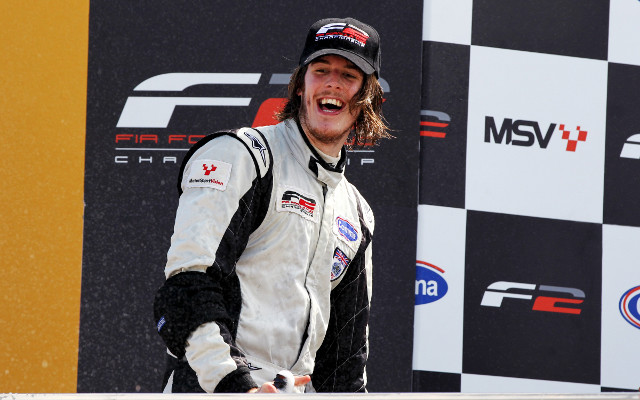 With Merhi skipping an FR3.5 round for the second time this season (after Monaco) to focus on his ongoing commitments with the Manor F1 team, Bratt will come in at the Spanish squad alongside Philopaz Armand, who returns after visa issues kept him away from the last round at Spielberg.

Now 27, Bratt last raced a single-seater in 2011, when he won a FIA Formula Two Championship race at Spa-Francorchamps before being forced out by a lack of funding shortly afterwards.

He later went on to compete in the British Touring Car Championship in 2012 and 2013.

In 2009, he won the title in Euroseries 3000 – which morphed into Auto GP for the following season and was won by Romain Grosjean – and competed in the subsequent GP2 Asia Series as a prize from series organiser Coloni.

He then finished fifth in a full F2 season in 2010 topped by fellow Brits Dean Stoneman and Jolyon Palmer.

?It?s a huge surprise to be racing in Formula Renault 3.5 this weekend at Silverstone, but a very pleasant one, and a really fantastic opportunity to be back racing and at such a high level too?, said Bratt.

?It?s going to be a big leap back in at the deep end, I haven?t even climbed into the cockpit of a single-seater since F2 in 2011, but I?ll be giving it 100 per cent as I always do.

?When Sito offered us the chance to stand-in for Roberto we jumped at it,?especially with the races being at Silverstone. The championship is as competitive as it?s ever been, so it?s not going to be easy, but I know the guys at Pons will give me a great car and if we can make progress across the weekend I?ll be very happy.?

Bratt has a link to Pons through team manager Emilio de Villota Jr, who he drove for in Spanish Formula 3 in 2008.

?It?s going to be fantastic working with Emilio again, we struck-up an incredible relationship when I raced with his team in Spanish F3. We?re not under any illusions as to how much of a challenge the weekend will present, but I?m determined to grab the opportunity with both hands and do the best job possible for all the guys at Pons.?

Bratt’s deal means there is one seat left on the FR3.5 grid unoccupied with Lotus, as Marlon Stockinger will focus on his GP2 programme with Status this weekend.