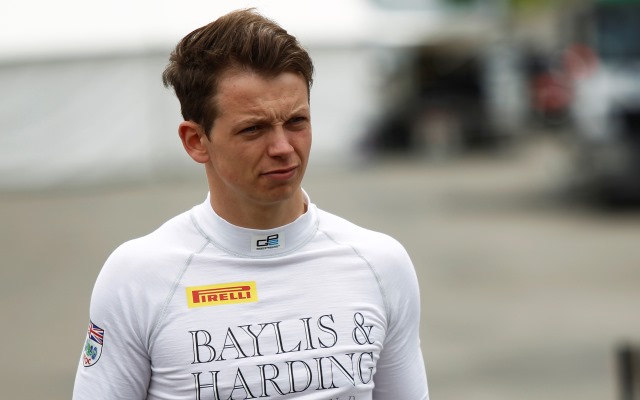 Nick Yelloly has secured the final seat on the Formula Renault 3.5 grid for Silverstone this weekend with the Lotus team.

It means the Briton will not be racing in GP2 as normal at Monza, and his place at Hilmer Motorsport has been taken by Simon Trummer.

Thanks to ties with the Force India Formula 1 team that he tested for earlier this year, Yelloly had been contesting his rookie GP2 season with Hilmer since round two at Barcelona, scoring a best result of fifth at Silverstone in the sprint race.

The vacancy at the Charouz-run Lotus FR3.5 squad alongside title contender Matthieu Vaxiviere came after the team parted company with Meindert van Buuren over unpaid sponsorship prior to the last round in Austria.

Marlon Stockinger returned to drive the car at Spielberg but is committed to GP2 with Status Grand Prix this weekend.

In coming back to FR3.5, Yelloly returns to a series he raced in on a full-time basis in 2012, winning twice and finishing fifth in the final standings for Comtec.

He later made one appearance in Monaco the following season for Zeta Corse.

Silverstone was the site of his FR3.5 debut in 2011 for Pons, where he finished sixth in his first race but was disqualified for a fuel infringement. His performances meant he saw out the season with the team.

Pons yesterday filled the other vacancy on the grid for Silverstone – substituting for F1 driver Roberto Merhi?– with another British driver, Will Bratt.