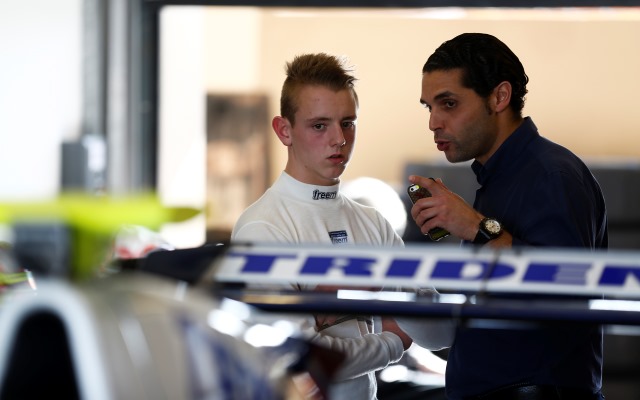 Trident has brought in 16-year-old car racing rookie Amaury Bonduel to race its third GP3 car at Monza this weekend.

He started 2015 though in Eurocup Formula Renault 2.0 with JD Motorsport, scoring a best finish of 11th at Aragon from the first seven races of the campaign.

He will now miss the Silverstone Eurocup round this weekend to make his GP3 debut in the car driven by Oscar Tunjo earlier this year and by FR3.5 driver Beitske Visser at Spa-Francorchamps a fortnight ago.

Bonduel is one of two additions to the GP3 grid for this weekend, with fellow Frenchman and former Prema Formula 3 driver Brandon Maisano lining up for Campos.

There will be three seats left empty with leading squads, however, as drivers miss out due to alternative commitments.

Spa race two podium finisher Alfonso Celis has opted to race his AVF FR3.5 car at Silverstone this weekend, and ART title contenders Esteban Ocon and Marvin Kirchhofer will not be joined by a replacement for the Mexican.

Carlin has handed Jann Mardenborough a one-off GP2 promotion and has chosen not to replace him, while Koiranen driver Adderly Fong is busy with Asian GT commitments.

That puts the number of cars competing at Monza at 21.