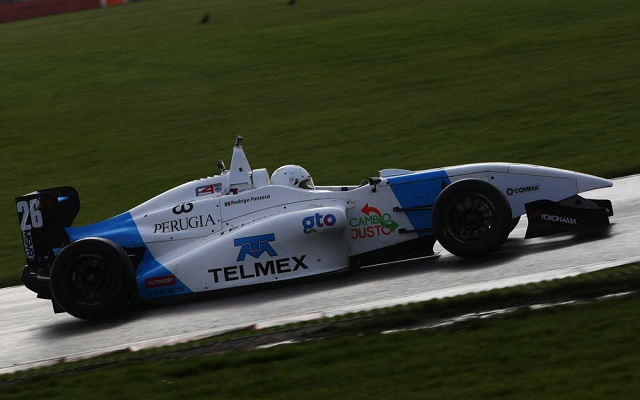 Having taken his first win yesterday, Fonseca led the race off the line and quickly established a massive gap to his rivals.

Fellow front row starter Enzo Bortoleto slipped back at the start, letting Will Palmer through, before making contact with Connor Jupp and tumbling down the order.

Despite taking second early on, championship leader Palmer couldn’t match Fonseca’s blistering pace and had to settle for second.

However, the Brit managed a superb late flyer to steal the fastest lap, securing pole for the final race.

Another championship frontrunner Gaetano di Mauro completed the podium. The PetroBall was briefly in danger of losing the spot to Jupp, but the latter then went off, becoming the sole retirement of the race.

Paul Sieljes stayed out of trouble to finish fourth, with Fernando Urrutia taking fifth. A late overtake on Zubair Hoque enabled Bortoleto to take sixth, while Albert would have to do with eighth after an off.

In spite of retiring, Jupp will join Palmer on the front row for the finale. Fonseca and di Mauro will make up row two.

In the standings, Palmer continues to lead with 204 points. Wih 35 available in the final race, di Mauro and Fonseca are still in contention, at 181 and 175 respectively.