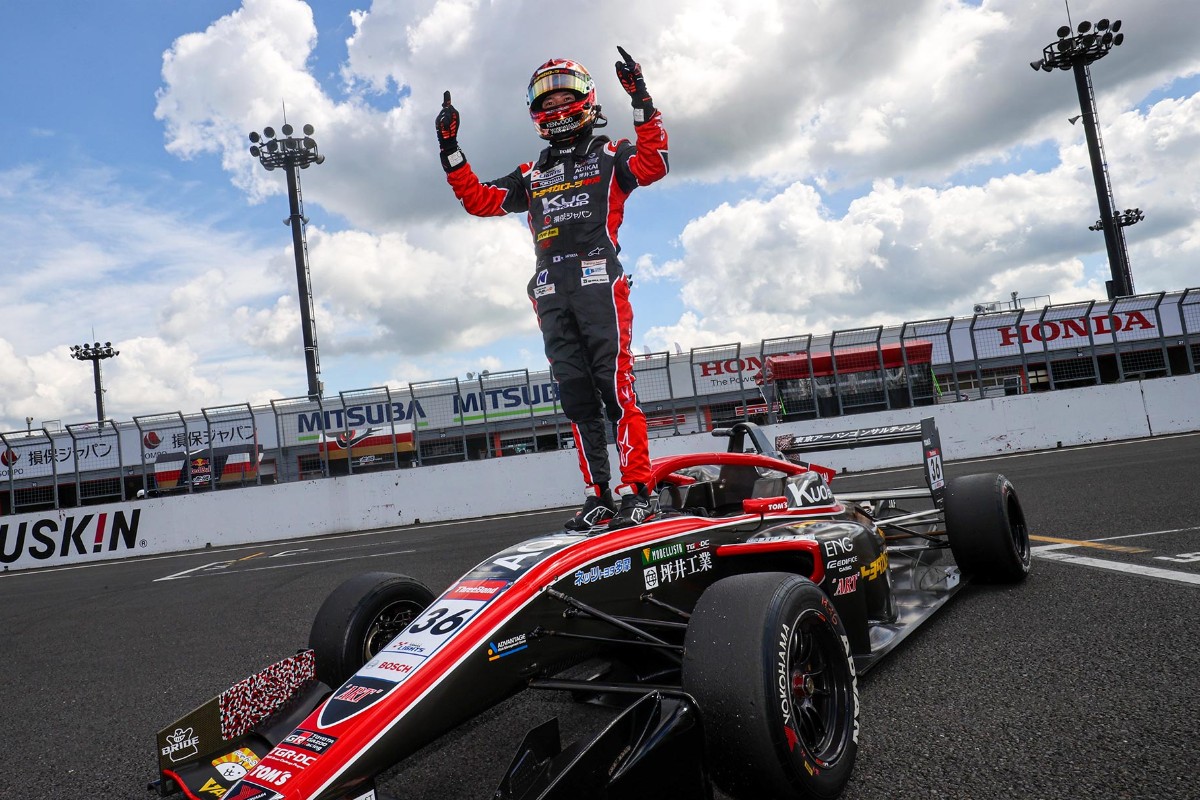 The Dallara 320 made its Japanese debut in round one of the rebranded Super Formula Lights series at Twin Ring Motegi, which was dominated by Ritomo Miyata.

Miyata sprinted off from pole in race one, while TOM’S team-mate Kazuto Kotaka made a very slow start but still entered Turn 1 in second place.

B-MAX Racing’s Sena Sakaguchi dived down the inside of Kotaka at the next hairpin, who didn’t concede the position as he remained on the outside. That allowed Toda Racing’s Teppei Natori to lunge past at Turn 4, where Kotaka was shuffled down to fourth.

The trio went three-wide through the high-speed Turn 6 and entry into the Turn 7 sweep, where Sakaguchi emerged ahead.

This battle handed Miyata a huge lead after lap one, and he pulled away by 12 seconds while Sakaguchi worked on distancing himself from Natori, who fended off Kotaka through the rest of the 20-lap race.

After spending seven laps stuck behind Albirex Racing’s Seiya Jun, 2017 champion and Nissan factory driver Mitsunori Takaboshi found a way through at Turn 7 and spent the next seven laps hunting down Kotaka. Once there he had the same problem, and they trailed home Natori.

For Sunday’s shorter race two, Natori was under observation in due to showing the ill-effects from doubling up in SF Lights and Super Formula on Friday.

Poleman Miyata, the 2019 title runner-up, made a great start and even weaved down the straight to Turn 2 to warm up his tyres such was his advantage.

The racing was bland, with Miyata winning by 9.311s. Natori came seventh, and it was decided afterward he would not make his SF debut as a precaution.

Miyata’s race one fastest lap put him on race three pole, and he dominated again, with Sakaguchi in second. Natori’s poor start handed third place to Kotaka, and then he lost fourth to Takaboshi a few laps in. Natori then fell into the clutches of a group led by B-MAX’s Kiyoto Fujinami, but he managed to hold them off.