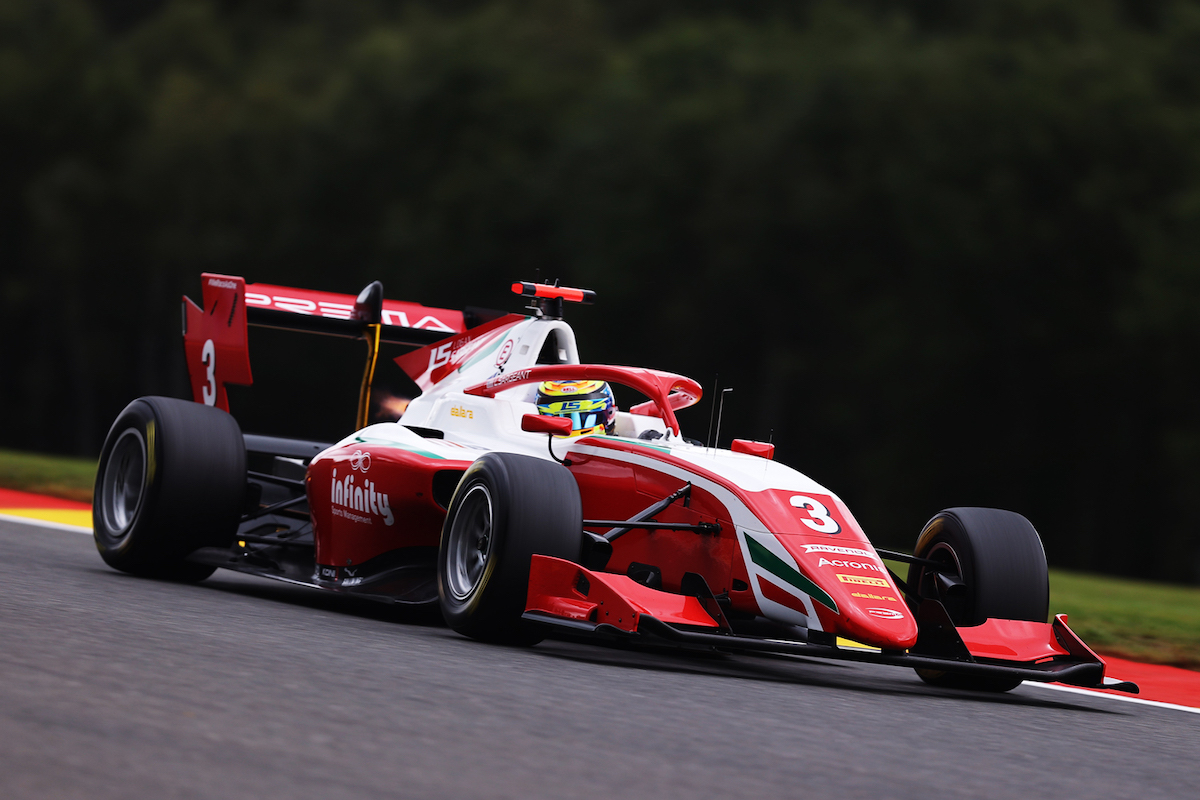 Sargeant started third after engine issues in Saturday’s race that dropped him down the order.

MP Motorsport’s Richard Verschoor began the 17-lap race from pole and got a good start. Hitech’s Liam Lawson started alongside but didn’t get a good launch and dropped down to fifth.

Sargeant challenged Verschoor at Les Combes on the opening lap but was forced onto the escape road. A couple of laps later, he was able to make the move stick.

Meanwhile, Vesti worked his way past Trident’s Olli Caldwell for third and was followed through by ART Grand Prix driver Theo Pourchaire.

Shortly before a virtual safety car for a crash involving Hitech debutant Pierre-Louis Chovet, Vesti worked his way past Verschoor who was struggling with straight-line speed.

Once racing resumed, the gap at the front was two seconds, and Vesti started to whittle it down. He closed the gap down to under a second at the end, but Sargeant held on to take his first Sunday race win in FIA F3.

Meanwhile, the battle over the final podium spot was frantic, with Pourchaire initially getting past Verschoor, before Lawson was able to recover back to round out the podium.

Alexander Smolyar followed Lawson past team-mate Pourchaire with a great move around the outside of Rivage to take fourth. Pourchaire dropped off late on but was awarded fifth after Piastri’s penalty. The former championship leader was classified sixth, ahead of Verschoor, and is now seven points behind Sargeant with two rounds remaining.

After starting fourth, Caldwell slipped back through the order and was involved in a collision with Campos’s Alex Peroni which will be investigated after the race.