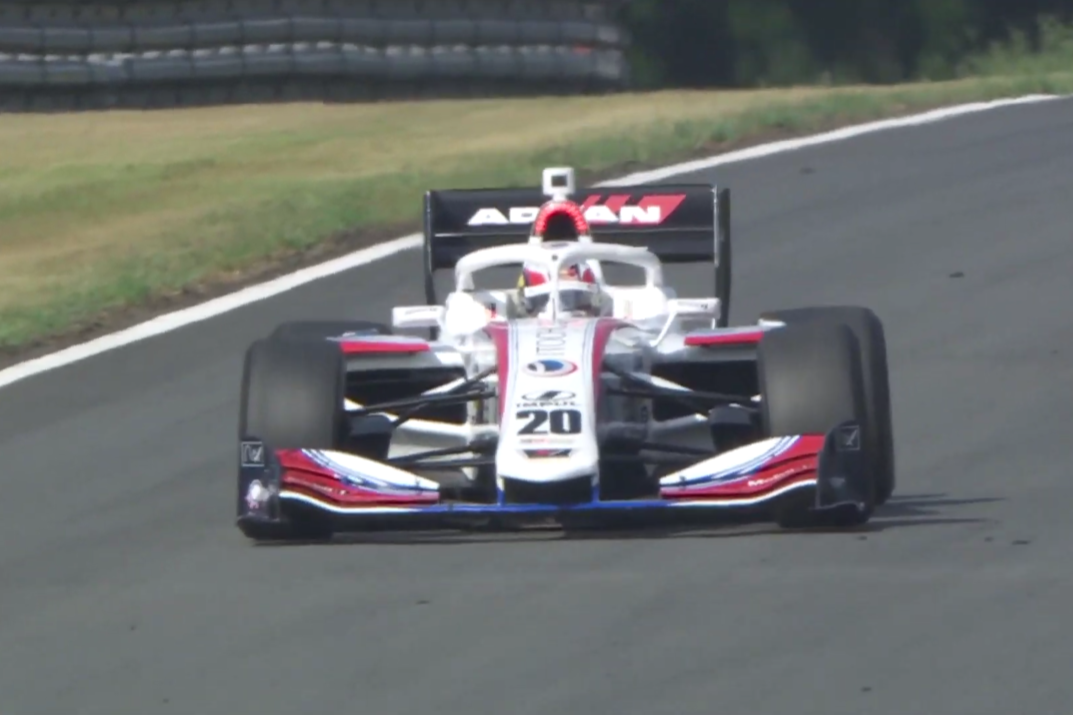 Team Impul’s Ryo Hirakawa led from lights-to-flag in the Super Formula season opener at Twin Ring Motegi, as Sacha Fenestraz made the podium on his debut.

Fenestraz qualified second behind Hirakawa, but it was his Kondo Racing team-mate Kenta Yamashita who made the better start and ran side-by-side with Hirakawa through the opening two corners.

Hirakawa, who took his first SF win at Motegi last year, held Yamashita on the outside line and kept himself in the lead after Yamashita ran out of room to challenge further.

From then on it was a case of race management for Hirakawa, who added on average one tenth of a second per lap to his lead early on. The gap had grown to 1.5s by half-distance before tyre cooling became a factor, and Yamashita slowly closed back in.

Fenestraz and TOM’S driver Kazuki Nakajima kept the top two in sight in a lockout of the top four for Toyota-powered cars, but Yamashita had the best late race pace and put Hirakawa under pressure. He couldn’t use his fuel flow boost to make a move on the final lap though, and ended up 0.610s short of victory.

Only three seconds off the win in third was Fenestraz, while Nakajima had to conserve his tyres at the end and dropped a few seconds.

For much of the race there was a train of cars behind Impul’s Yuhi Sekiguchi in fifth, before Dandelion Racing’s Nirei Fukuzumi worked his way past KCMG’s Kamui Kobayashi and went for a move on lap 21 of 35.

He attacked into Turn 4 and made contact with Sekiguchi’s right-rear, leading to damage that sent Sekiguchi spinning into the Turn 5 gravel.

Fukuzumi emerged unscathed to be the top Honda-powered finisher in fifth, as when his team-mate Naoki Yamamoto tried passing Kobayashi at Turn 11 he ended up breaking his front wing and giving Kobayashi a puncture.

This promoted reigning champion Nick Cassidy (TOM’S) to sixth, and he was followed by Tomoki Nojiri (Team Mugen) and Hiroaki Ishiura (INGING).

That came under intense pressure late on from Mugen’s Ukyo Sasahara, who had opted to pit mid-race for fresh tyres. Tatiana Calderon also pitted on a difficult debut for her and just held off Yamamoto for 12th.