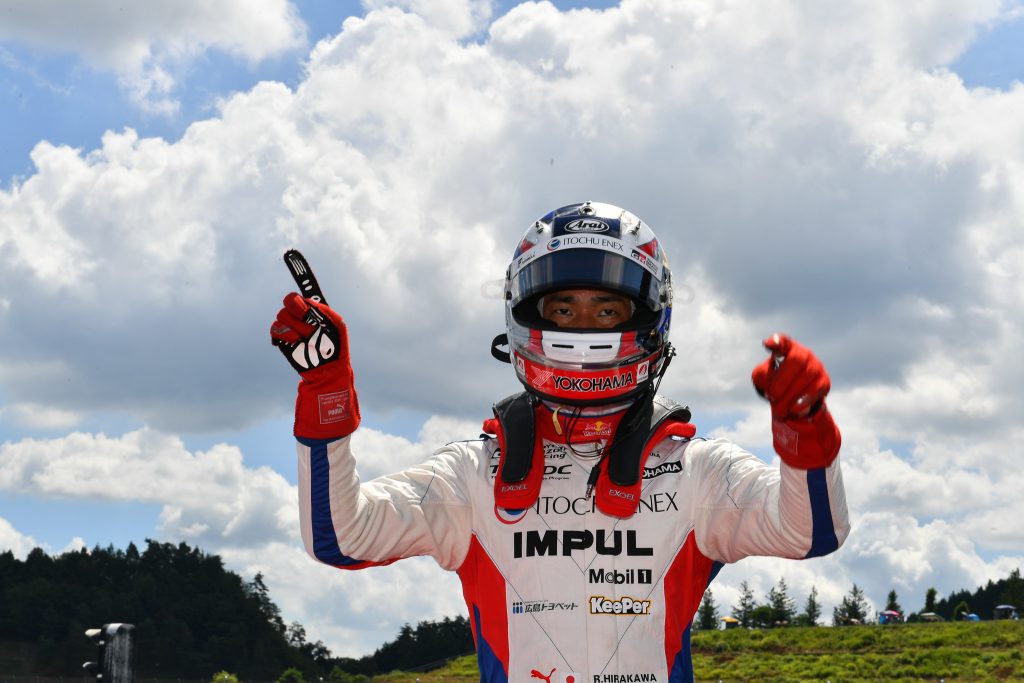 Eight drivers made it through to the final segment of the three-round qualifying system, and Hirakawa was very narrowly beaten to top spot in his half of the draw in Q1 by Nirei Fukuzumi.

Debutant Sacha Fenestraz was third place in the same group, just a tenth slower than Hirakawa, while INGING’s Sho Tsuboi pipped Fukuzumi’s Dandelion Racing team-mate Naoki Yamamoto to first place in the other half of the field.

The Dandelion drivers dropped pace in Q2 though, with Namamoto actually slowest of all in 14th place while Team Impul’s Hirakawa and Kondo Racing’s Fenestraz were comfortably best of all.

They repeated those that performance in Q3, where Hirakawa set the fastest lap of the weekend with a 1m31.083.

Reigning Super Formula Lights champion Fenestraz set a 1m31.396s to qualify second, with team-mate Kenta Yamashita a further tenth back and just beating Toshiki Oyu to third on the grid.

While rookie Oyu made the most of Nakajima Racing’s single-lap pace to qualify fourth, Makino failed to make it out of Q1 and will start 15th.

Kazuki Nakajima was fifth for TOM’S, with his reigning champion team-mate Nick Cassidy falling a tenth of a second short of making Q3 and will be 11th on the grid.

Team Mugen’s Ukyo Sasahara, standing in for Red Bull junior Juri Vips, will start 13th for his debut race and was within a second of the pace, while ThreeBond Racing with Drago Corse’s Tatiana Calderon and B-MAX Racing with Motopark’s Teppei Natori were slowest in their respective Q1 sessions.

Natori won’t actually contest the race due to medical concerns regarding the heat and his packed schedule as he also contests SF Lights this weekend. The Honda junior was to make a last-minute debut as a stand-in for Dragon Racing Formula E driver Sergio Sette Camara.