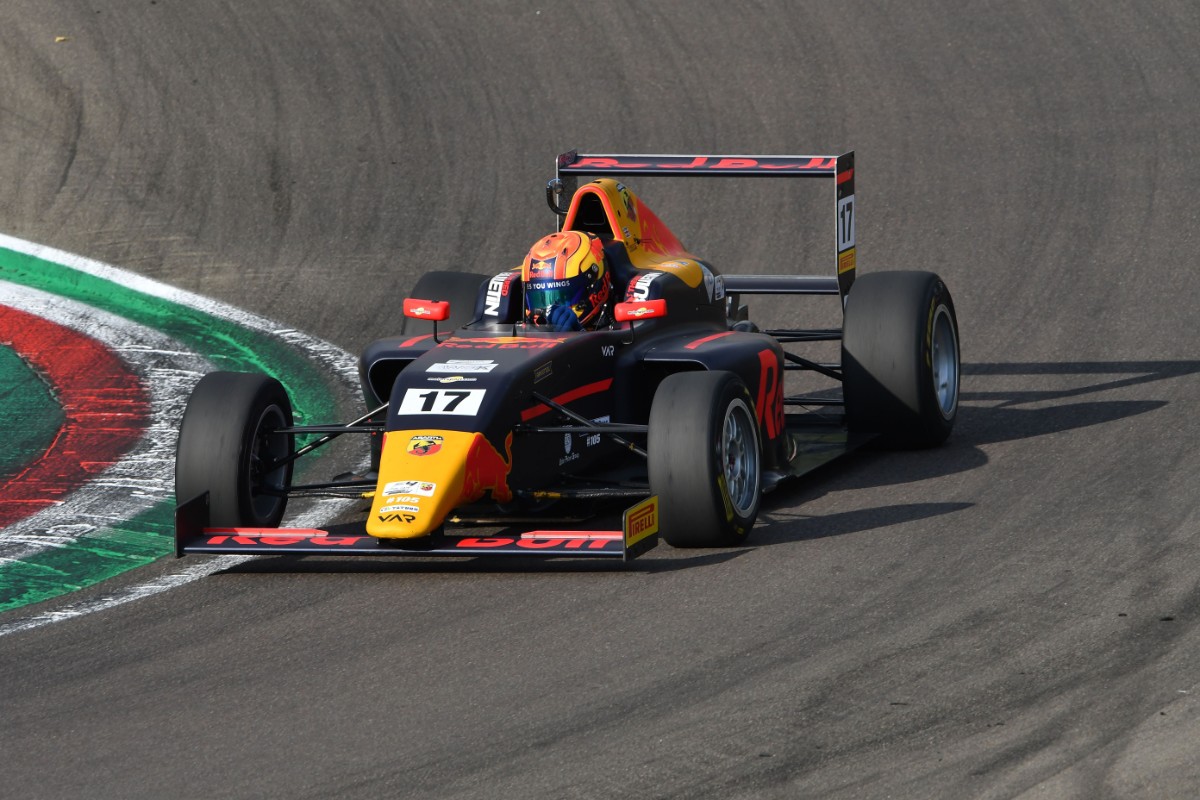 Rain began to fall on the formation lap of the initial start, leading to half the field – including Van Amersfoort Racing’s front row starters Edgar and Jak Crawford – pitting to change to wet tyres.

However, the race start was then aborted and initially the drivers who pitted were told to start from the pitlane. This decision was then reversed and the drivers lined up on the grid in their original positions.

After further rain delays, the race was finally started behind the safety car. The field ran behind it for 17 minutes, before a rolling start finally got green flag running underway.

It didn’t take long for the race to go back under safety car conditions when Sauber junior Dexter Patterson slipped into the gravel.

Another safety car period was required at the end of the race following a collision between Abu Dhabi Racing’s Hamda Al Qubaisi and new VAR signing Bence Válint.

The safety car came in the penultimate lap of the race, leaving a one-lap shootout which the Prema drivers used to fight over fourth place.

Ferrari junior Dino Beganovic emerged victorious ahead of his team-mate Gabriele Mini and race one victor and points leader Filip Ugran (Jenzer Motorsport), who charged from outside the top 10 to sixth place.

The final point went the way of title contender Francesco Pizzi, who has so far failed to match his triple-podium form from the Misano season opener.