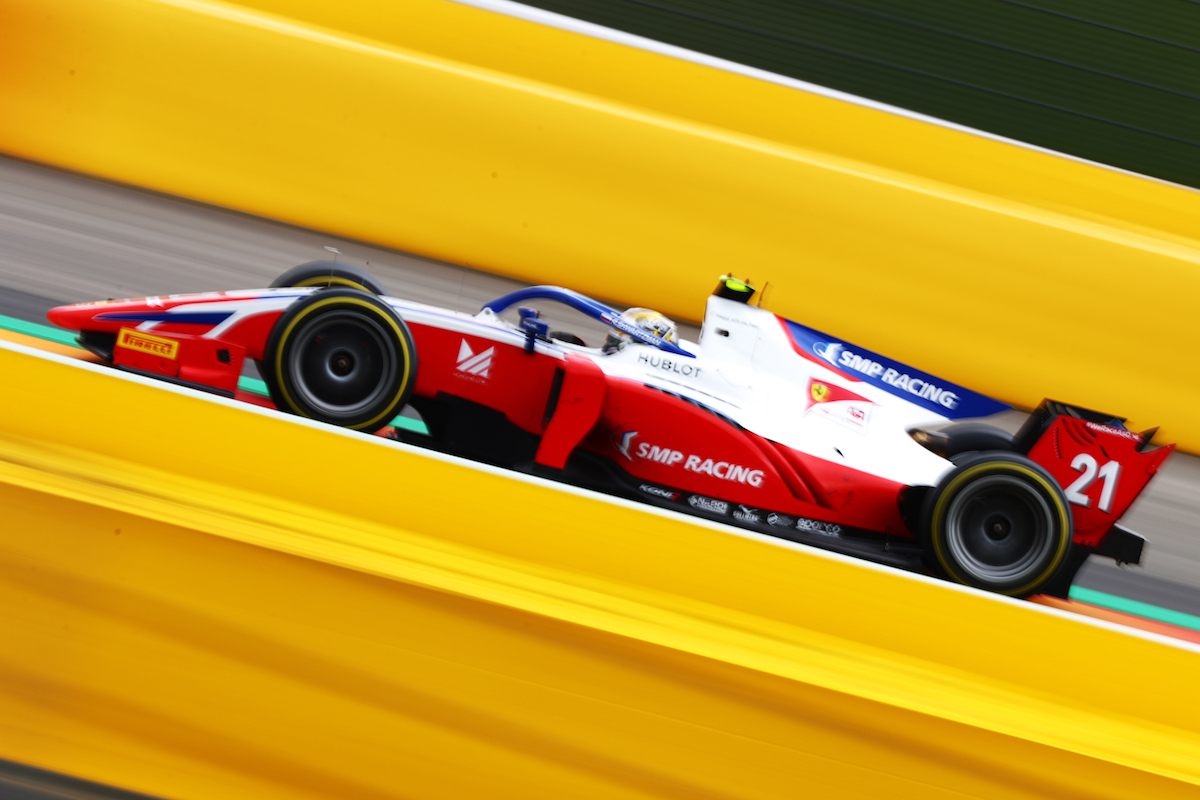 Trident driver Nissany and DAMS’ Ticktum traded places a couple of times on the opening lap before a safety car was brought out for gravel on track after numerous incidents including Virtuosi Racing’s Callum Ilott being spun around and into retirement by feature race winner Yuki Tsunoda.

Once racing resumed, Ticktum tried around the outside of Les Combes on Nissany, only to be forced wide before rejoining the track airborne and into his fellow Williams junior driver, who he branded an “idiot” over team radio. That incident will be investigated after the race.

Ticktum’s front wing and rear wheel were damaged, but he was able to continue. Shwartzman made easy work of the DAMS driver and pulled away from Ticktum who was clearly struggling for pace and tyre life, not helped by a big lockup into the chicane.

The battle over second was intense throughout and Ticktum was able to resist pressure from Virtuosi’s Guanyu Zhou for a number of laps. However, Schumacher was able to pick off the likes of Hitech’s Nikita Mazepin and Zhou before getting past Ticktum.

Shwartzman led Schumacher home by nine seconds, ahead of Zhou in third. Mazepin and team-mate Luca Ghiotto rounded out the top five, ahead of Charouz Racing System’s Louis Deletraz.

Tsunoda crossed the line in seventh, but was awarded a five-second time penalty for running into Ilott and slipped out of the points. That position went to ART driver Christian Lundgaard, ahead of HWA’s Artem Markelov who secured his first point of the season.

Ticktum slipped down the order in the final few laps and found himself battling with team-mate Juri Vips at the end. Vips had stalled before the formation lap, and Campos racer Jack Aitken mistakenly took to Vips’s grid spot for the start and was given a 10-second stop and go penalty which dropped him out of a points-contending position.

After crashing out of yesterday’s feature race in contact with team-mate Felipe Drugovich, Nobuharu Matsushita missed the race after MP Motorsport were unable to repair the damage sustained.