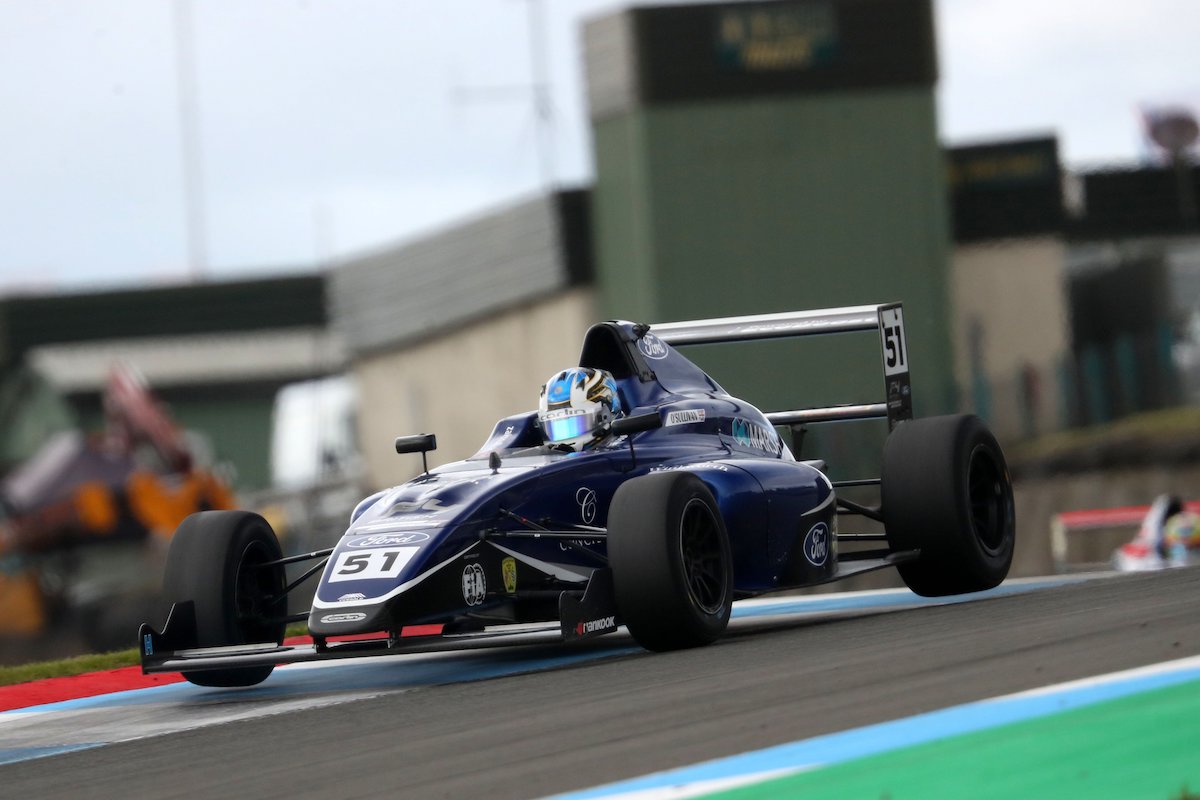 O’Sullivan was promoted into the race lead after Roman Bilinski and Abbi Pulling came together on the opening lap. Bilinski was able to continue, having dropped behind O’Sullivan, but Pulling’s JHR Developments run car was beached and the safety car was brought out.

On the restart Bilinski immedietly came under pressure from Luke Browning, who had jumped up to third from sixth on the grid on the opening lap. Browning swept past him to take the position but didn’t have the pace to keep up with O’Sullivan.

O’Sullivan set the fastest lap of the race, another new track record, on his way to his fourth win of the season, 3.415s ahead of Browning.

Alex Connor picked off Bilinski to take third before Casper Stevenson made his way past when Bilinski made a small mistake in the closing stages of the race.

Stevenson spent much of the race on the tail of Roberto Faria, who is still chasing his first win of the season. Faria defended well and was closing onto the gap of Bilinski when he span. His car came to rest in the infield and was covered with waved yellow flags so racing could resume.

James Hedley enjoyed a good climb up through the order from the back of the grid and had made his way up to what was then eighth by the final five minutes of the race.

Christian Mansell ahead put in a good defence, managing to hold onto his position even when Hedley forced him to take the outside line, but the Carlin driver couldn’t keep him back for the entire race and Hedley came through to take sixth.

Mansell in seventh was the best-placed rookie, finishing three seconds ahead of team-mate Rafael Villagomez. Nathaneal Hodgkiss and Matias Zagazeta completed the top 10.