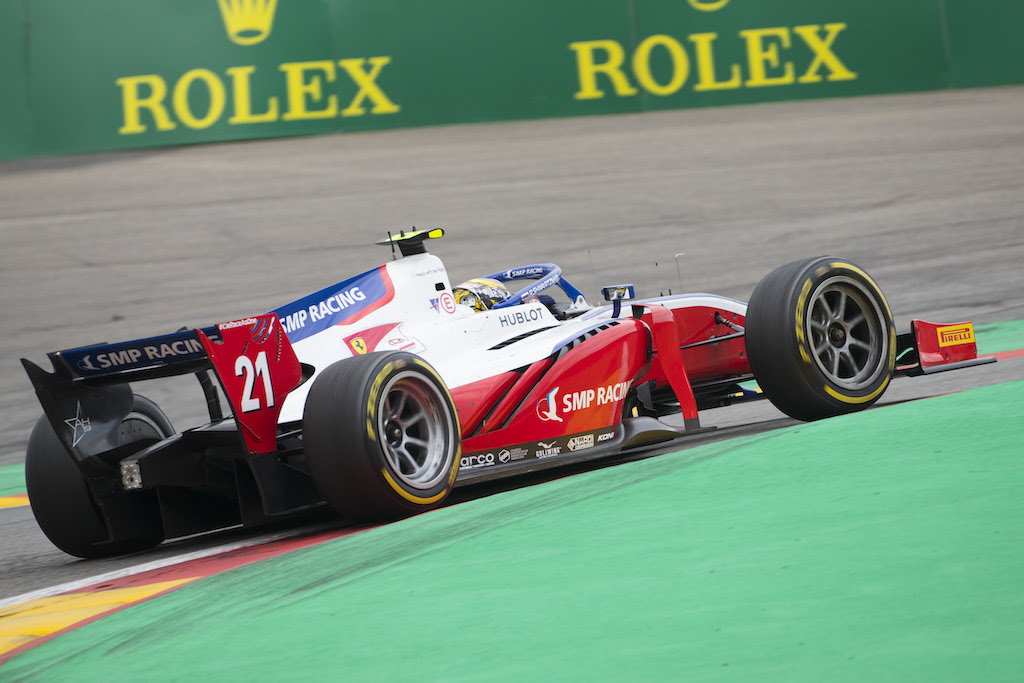 Robert Shwartzman said he wanted no involvement in the on-track battle between Williams juniors Roy Nissany and Dan Ticktum in Formula 2’s Spa-Francorchamps sprint race, which he ended up winning.

Shwartzman inherited the lead early on when DAMS driver Ticktum bounced over the kerbs at Les Combes and collided with Trident’s race leader Nissany.

Once ahead, Shwartzman pulled away by over nine seconds to lead a Prema and Ferrari junior one-two with Mick Schumacher in second place.

“[I had] a good launch, straight away from Turn 1 I was in P3. I didn’t want to take much risk fighting with the guys in front, and after I saw that they were quite aggressive with each other fighting, and to be honest I didn’t want to be involved.

“On the start lap, I saw they were really close and that was really on the limit what was happening there. So I saw they were quite aggressive with each other fighting and changing directions.

“Then the safety car came out straight away, and on the restart I was sort of a bit expecting that something was going to happen, and I’d need to pay more attention to that situation.”

According to Shwartzman, staying out of the battle not only saved him from being involved in a crash but helped with tyre management. It also provided him with the “best view” for the action ahead.

“Basically they came alongside each other into Turn 5 [Les Combes].

“Then Roy started to push Dan out. Dan went cutting the corner and at this situation decided to kept the throttle to maybe, I don’t know, try to stay side-by-side for the left corner and he jumped on the kerbs, I saw the car flying up and when you’re in the air you have no control and he just hit the side of Roy, I think the rear tyre. It made Roy spin, it was quite big.

“So, at that time when Ticktum was going out of that situation I just went around the outside of Turn 7 and passed him there and that’s it. I’m not the judge, but to me it seemed more like a racing incident.”