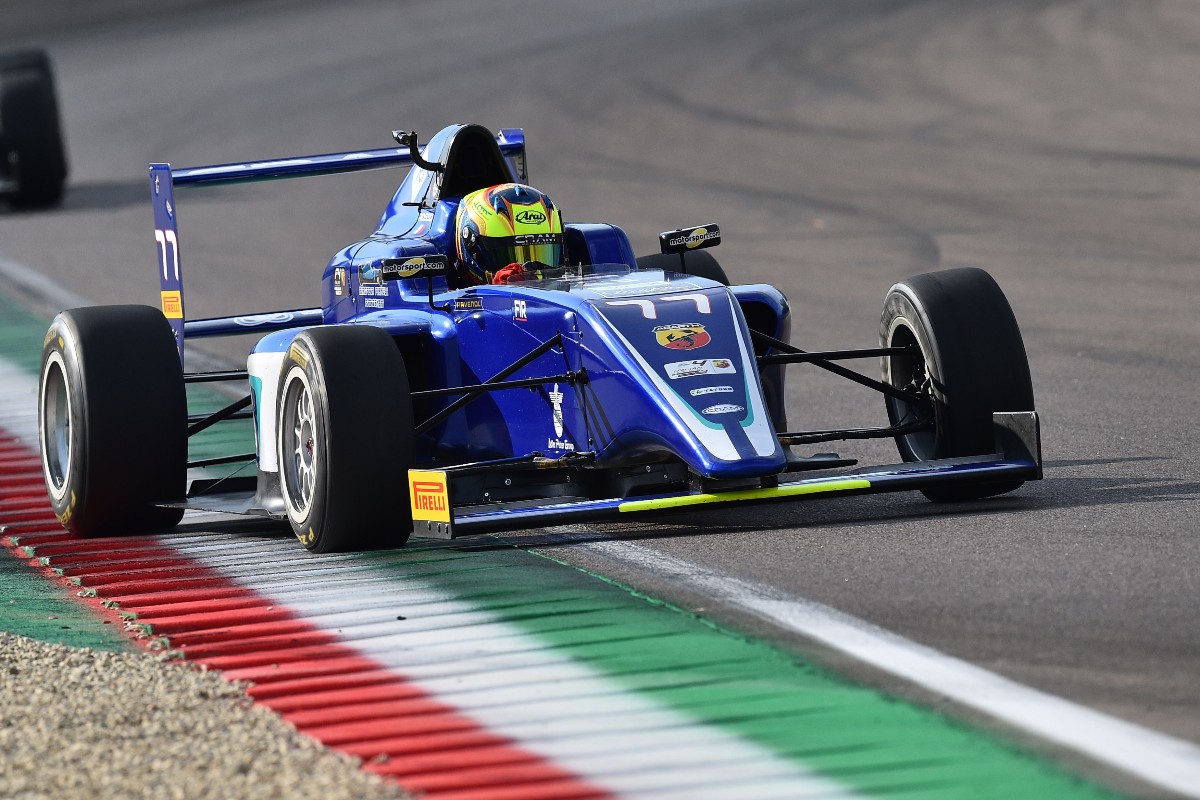 Andrea Rosso held off a late charge from Francesco Pizzi to take his second win of the Italian Formula 4 season at Imola.

The victory came after an incident when an incident for pre-race points leader Filip Ugran which wiped him out of the race.

Red Bull juniors Jak Crawford and Jonny Edgar were side-by side-off the line from the front row, while Rosso was forced to defend against Prema’s Dino Beganovic. The Cram Motorsport driver quickly fled Beganovic and joined the Van Amersfoort Racing team-mates in the battle for the race lead.

Within a handful of laps he had slipped past Crawford and Edgar with two clean moves, and was beginning to pull away when the safety car was brought out.

Ugran had run wide on the opening lap and was making his way up through the order when he span, running over the kerbs and collecting his Jenzer Motorsport team-mate Jasin Ferati. Bhaitech’s Zdenek Chovanec also fell victim of the kerbs when light contact sent him wide and he damaged his front wing, while Prema’s Gabriel Bortoleto was forced to pit with damaged suspension.

Both Edgar and Crawford swept past Rosso on the restart, but Rosso stuck with the pair. Only a few corners later, Crawford ran straight on at a chicane and appeared to have a steering issue. He managed to avoid Edgar and Rosso, but collided with Francesco Simonazzi (Jenzer) and Bence Valint (VAR) further down the order, bringing out he safety car again.

This time Rosso was kept under pressure by VAR’s Pizzi, who had climbed up to second shortly before the second safety car period. He stayed on Rosso throughout the second half of the race, but Rosso didn’t put a wheel wrong and came home 0.458 seconds ahead.

Gabriele Mini challenged Edgar for the final podium spot on the safety car restart. The pair swapped positions three times in just a handful of corners, but Edgar was eventually able to shake off the Prema driver.