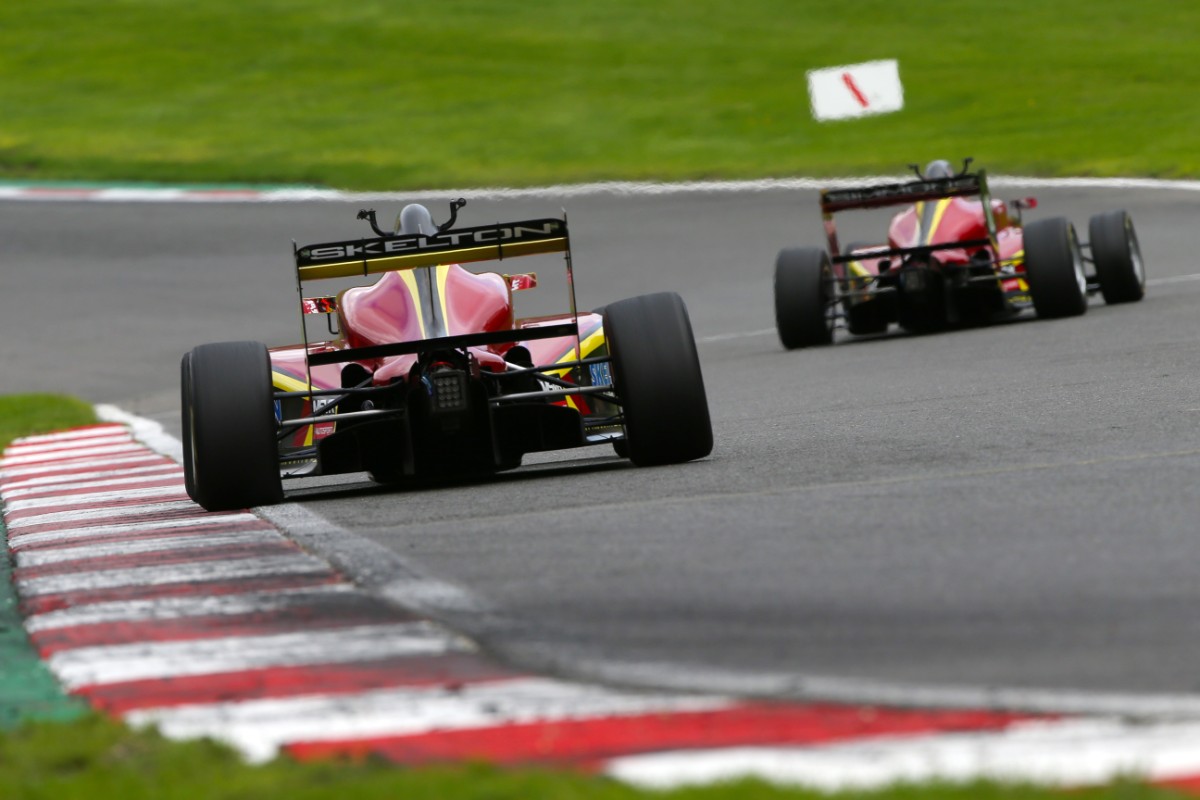 Chris Dittmann Racing claimed a one-two finish in the third BRDC British Formula 3 race at Brands Hatch, while two of the title contenders got disqualified.

The returning Ayrton Simmons and his CDR team-mate Josh Skelton started on the front row, and while Simmons raced off into the lead it was a poor launch for Skelton. He didn’t have to worry about losing ground for too long though, as a crash for Douglas Motorsport’s Ulysse De Pauw at the final corner brought out the safety car.

That was signalled to the drivers as they started the second lap, a message that Carlin’s Kaylen Frederick and Lanan Racing’s Piers Prior missed as they crashed into Douglas’s Manaf Hijjawi at Graham Hill Bend. The race was red flagged, they were disqualified, and there was a long wait for action to begin again.

In the restarted fixture, Skelton made a far better start and shadowed his team-mate from lights to flag. An intense battle took place over the final podium spot, with Douglas’s Kiern Jewiss making a great move to initially claim the position, before Hillspeed’s Sasakorn Chaimongkol and Hitech GP’s Kush Maini struck back.

Maini claimed the position in the end, putting himself a clear first in the points as a result, with Chaimongkol and Jewiss finishing fourth and fifth. Jewiss moves into second in the points ahead of Frederick.

Double R Racing’s Louis Foster was sixth, with Lanan Racing’s Bart Horsten closing in on him late on but not getting close enough to challenge for the position.