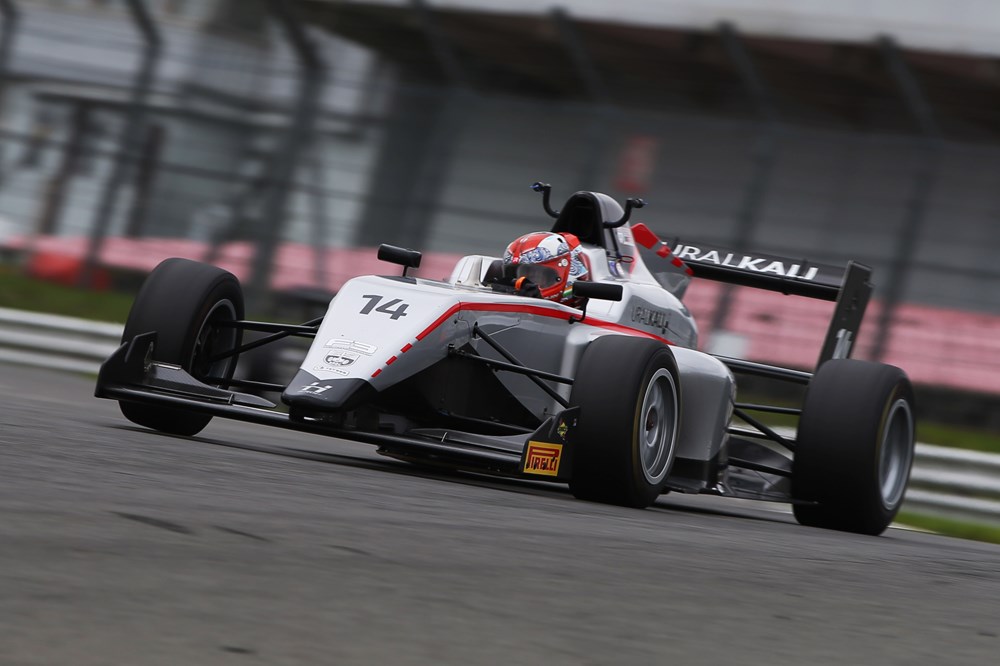 Maini started on pole and led from the off as fellow front row starter Ayrton Simmons appeared to get stuck in gear. Fortunately, nobody hit the Chris Dittmann Racing stand-in who took to the pitlane via a shortcut.

The leader opened up a small margin over Douglas Motorsport’s Ulysse De Pauw before the safety car was called out at the end of the first lap due to De Pauw’s team-mate Manaf Hijjawi stopping before the final corner.

Maini had to resist de Paew on the restart, but overtaking was difficult even when De Pauw stuck to Maini’s gearbox and the Indian took the current iteration of Hitech’s first British F3 win.

There was not much action in the middle of the pack until the final lap, when Hillspeed’s Sasakorn Chaimongkol inherited fifth after Lanan Racing’s Bart Horsten got airborne on the GP loop.

After a miserable weekend, Carlin’s Kaylen Frederick ended up 11th ahead of Hillspeed’s Oliver Clarke, and Lanan duo Josh Mason and Piers Prior – who traded places at the rear of the pack several times in the race.

Frederick has now dropped to fifth in the points, with Maini in a comfortable lead over Jewiss. Skelton and Foster have risen to a closely matched third and fourth in the standings.