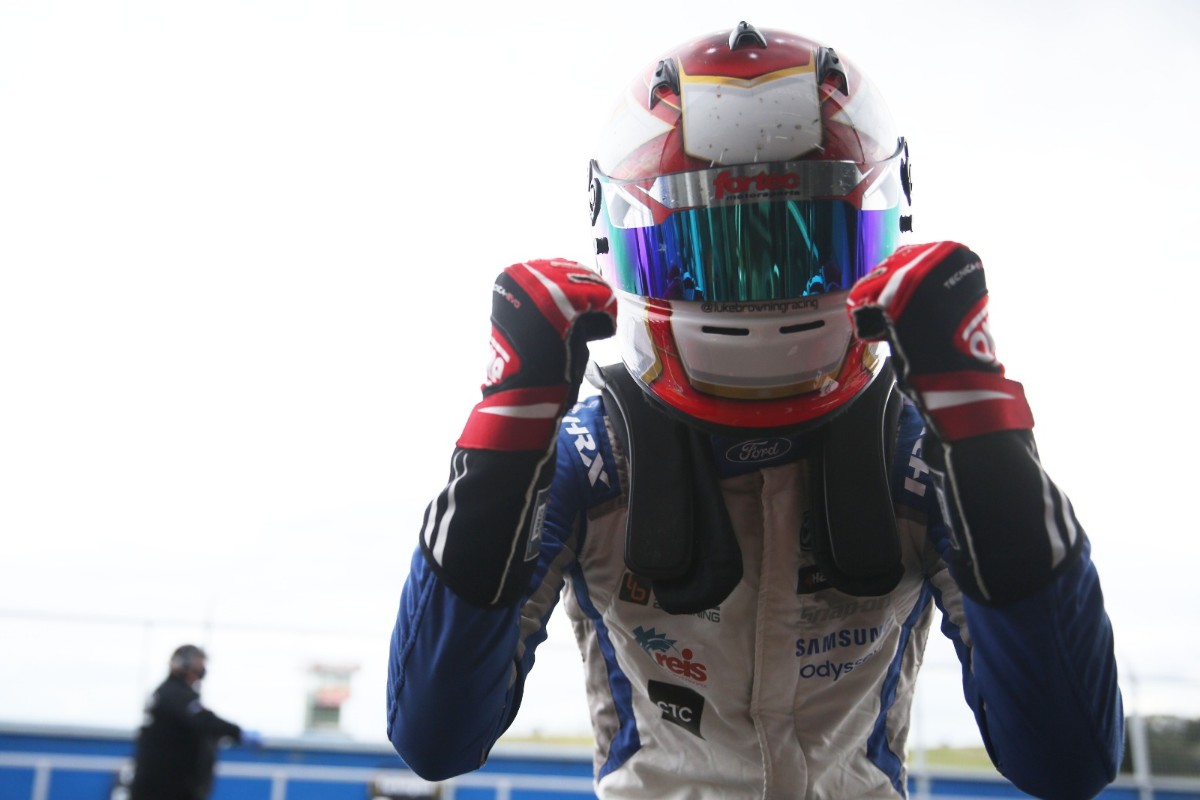 Luke Browning extended his British Formula 4 championship lead with a dominant victory in the final race at Knockhill.

The Fortec driver made a good getaway from pole to pull immediately away from Argenti’s Casper Stevenon, and once he didn’t have to worry about that attack from behind he set an imperious pace – including a new lap record – for his fifth win of the year.

He finished with 4.541s victory margin over Stevenson and the chasing Zak O’Sullivan, and now has a 38-point gap to the latter driver at the top of the standings.

Carlin’s O’Sullivan passed Arden’s Alex Connor off the line for third but struggled to close the gap to Stevenson, who kept him at arms length until a small mistake in the final laps allowed O’Sullivan to close right in. He ran out of laps before he was able to make a move, but claimed an eighth podium of the season in third.

The main battle throughout the race came in from the fight for rookie class honours.

Class points leader Christian Mansell was taken out of the fight early on after contact with JHR’s Abbi Pulling damaged his rear wing, and while the Carlin driver was able to continue to fight without the wing, he was handed the black and orange flag and forced to pit to retire. Pulling was also able to continue but came into the pits a few laps later.

Arden’s Frederick Lubin picked up the rookie race lead, running eighth overall, but had fellow rookie Rafael Villagomez right behind. Villagomez pushed Lubin hard and was able to make a move stick in the closing stages of the race for his and Fortec’s fourth rookie class win of 2020.

JHR’s Nathaneal Hodgkiss held off a late charge from Argenti driver Nico Pino to take the final point in 10th.