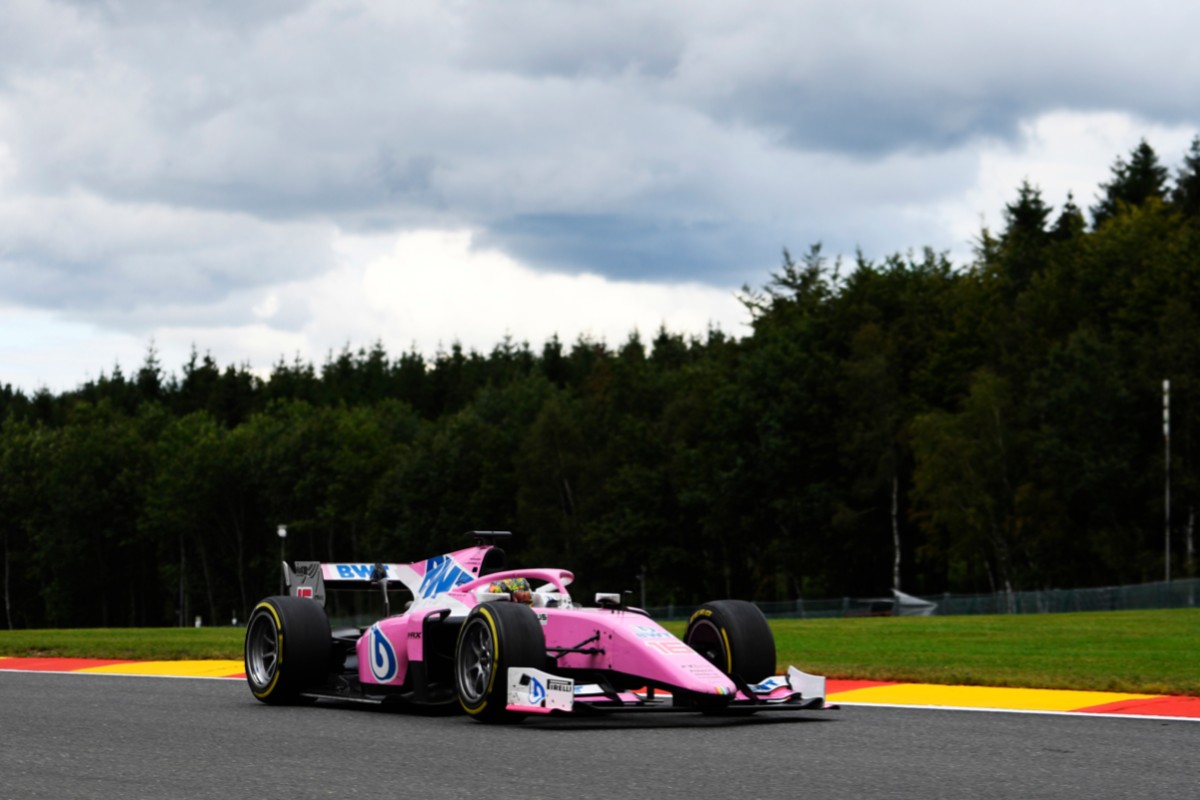 Artem Markelov, the 2017 Formula 2 runner-up, scored his first point of the present season at Spa-Francorchamps in a weekend where he claims stewards erroneously penalised him.

The 25-year-old has nine wins in the series to his name but only had a best finish of 11th with 2020 debutant team HWA Racelab prior to Spa.

He qualified 19th in Belgium, and rose up the order in the feature race using an overcut strategy. That progress halted once up to 13th, as he was handed a drive-through penalty for going off-track at Eau Rouge while racing against another car.

From 16th on the sprint race grid he made it into the top 10 before a virtual safety car period that handed him the opportunity to make another overtake. A time penalty then promoted him to eighth, the final points-paying spot.

“We are all delighted to have scored a point. We have really struggled in the recent races, but we have finally been rewarded for our efforts,” said Markelov.

“We already had a good pace on Saturday. Unfortunately, I then got a drive-through penalty that knocked me back. I had to avoid a slower car in Eau Rouge and briefly left the track, which was classified as gaining an illicit advantage. The stewards later confirmed that the decision was incorrect but that didn’t change anything.

“It just makes all the sweeter to have scored a point on Sunday. We had a good racing pace and I was able to produce some overtaking manoeuvres. I hope this will continue in Monza.”

The Russian took to Instagram to share further thoughts on the feature race penalty, which he claimed was given to him “for nothing”.

“The point for Artem is a reward for the entire team. Everyone has worked really hard over the past weeks. This time, we benefited from the experience gained from previous races and we were able to compete with a functioning set-up.

“Artem put that into action really well on both days. He would probably have finished even higher, had it not been for the drive-through penalty.”

Markelov’s team-mate Giuliano Alesi has had slightly more success this year, which is his second in F2, having scored points with a sixth place finish in the season opening-race at the Red Bull Ring.