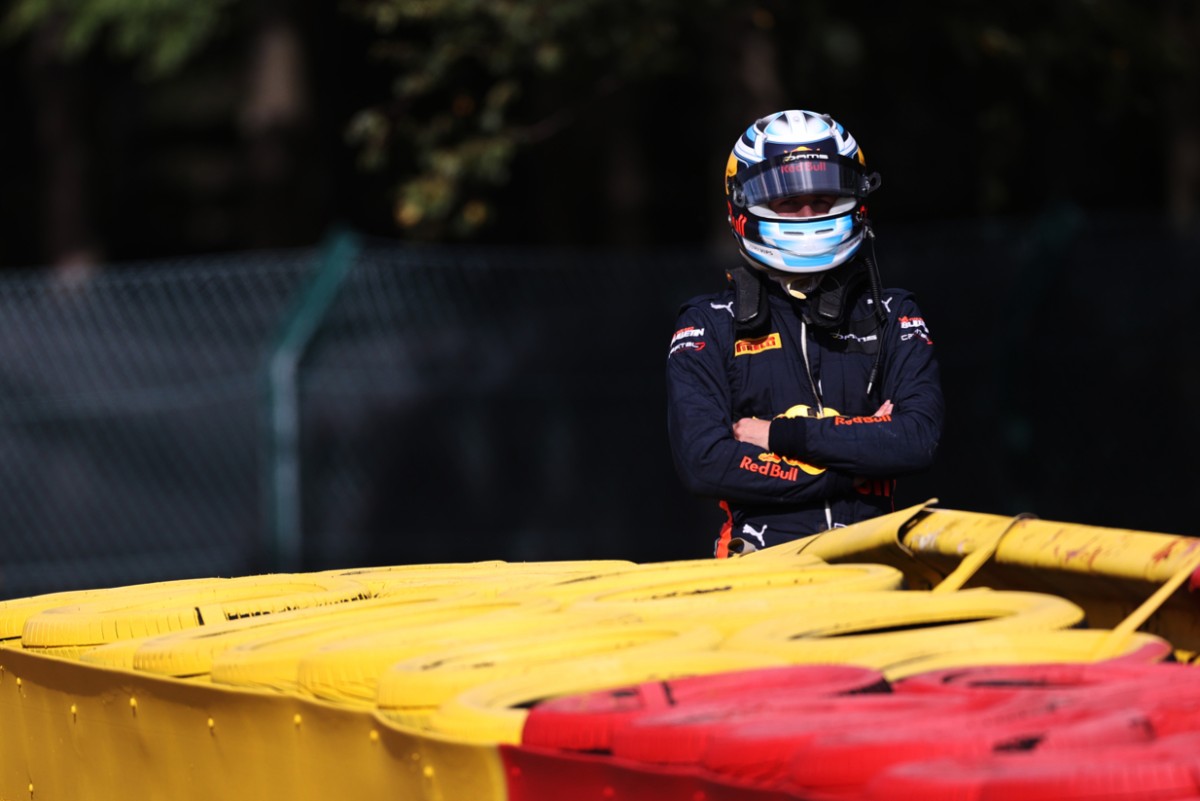 Juri Vips salvaged two 11th place finishes from a difficult debut weekend in Formula 2 at Spa-Francorchamps, which he described as a “complete disaster” at one point.

The Red Bull junior, standing in for the injured Sean Gelael at DAMS for at least at Spa and Monza rounds, was 17th fastest in free practice but did not get to set a lap in qualifying after his car shut down on his out-lap.

His weekend was made even more difficult by team-mate Dan Ticktum being absent from practice due to an inconclusive COVID-19 test result, leaving him with a limited preparation for the races.

“It went into safety mode [in qualifying], I didn’t know that there is a limit to how much throttle and brake you can use at the same time. That was new to me and the car just switched off so that was the end of quali,” said Vips, explaining his qualifying problem.

“I think that if that hadn’t happened it would have been really good. I mean the pace was already there in practice. It didn’t look that way but I can assure you that it was because I was missing about 500 degrees on the rear brake temperatures so I was losing massively in the braking zone. And I was still not too far away, just 1.3 seconds.

“Had we done qualifying we would have been in the top 10, maybe top five. Just a little thing but they cost us a lot this weekend.”

From the back row of the grid Vips went on a charge in the feature race that brought him within three seconds of the points, and produced a similar drive in the sprint race.

“On the first stint it was really good but the second stint not so much. Just little things on the tyre management I messed up. I locked up my rear tyres on the third lap and from there on in I was really struggling. I had a pack in front of me and had I not locked the rear tyres I think I would have been P8 or P7. That would have been good for the reverse grid.

“Then [in the sprint race] complete disaster from my side…. but the pace was good after. Going onto the formation lap I stalled. I checked the data after, I didn’t do anything crazy but it was just on the limit of stalling. I did about the same as the pit stop with the clutch release but there was just a little bit more grip than I expected and I stalled.

“So I started from pitlane, drove through again but the result is still not there so… in the end I am still very disappointed with myself. And for the team as well. I felt very sorry for them because they gave me a really good car this weekend and because of some little mistakes we come out with no points.

“If it had been a clean weekend I think we could have been scoring top points compared with anyone.”