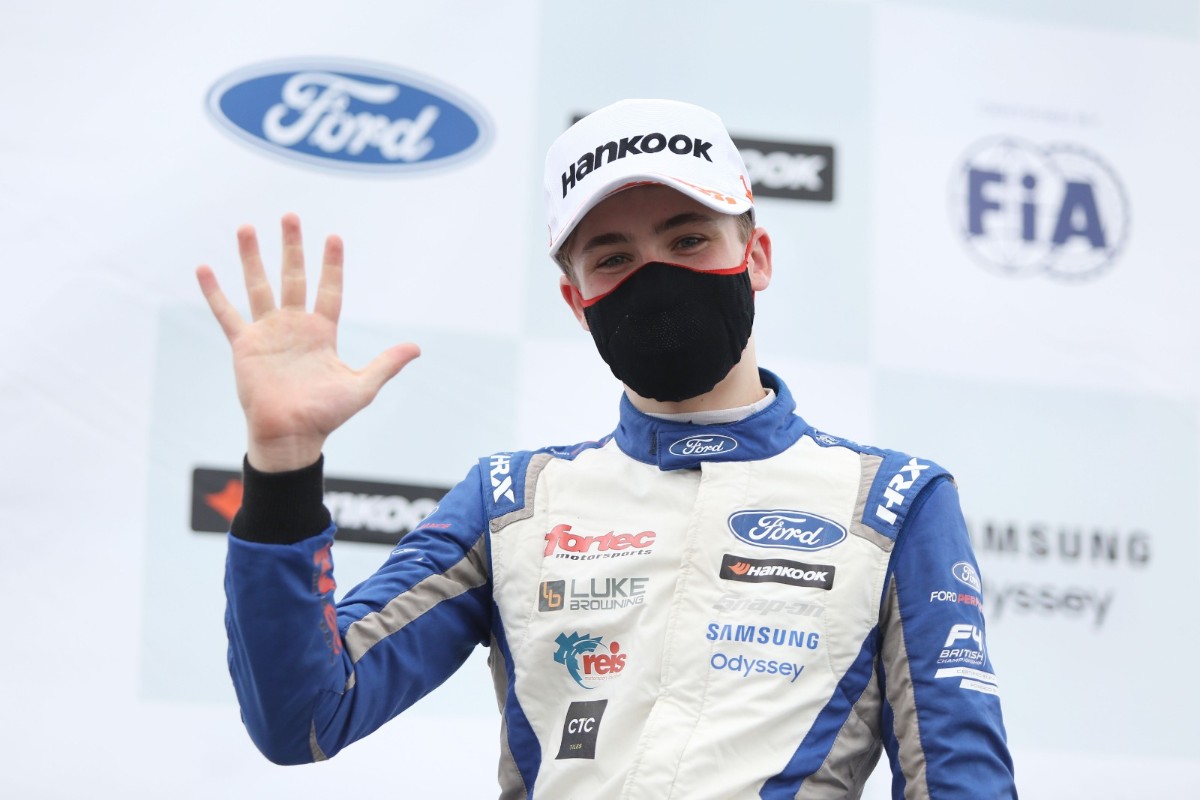 Luke Browning intentionally reduced his chances of a race win in the British Formula 4 round at Knockhill in a plan to get the lap record later in the weekend.

The championship leader dominated the third race at the Scottish circuit, breaking the lap record on the way to his fifth win of the season.

The Fortec Motorsports driver had been aiming for the feat at the start of the weekend, opting not to run fresh tyres for race two so he had a new set available for race three.

“We didn’t bolt the new [tyres] on for the second race, to go for for the lap record in the third race and we managed to grab it,” he explained.

“It was just an absolutely awesome race from my side. A great start, and then I just preceded to power away. I can’t thank the team enough. It’s an absolutely surreal feeling.”

Browning achieved the goal with a 49.277s lap, but in saving tyres for the final race he sacrificed pace in race two.

“It’s amazing,” Browning said of setting the new record. “To be able to come back, especially for the team next year, when they’re trying to recruit drivers, they know who to come to.”

In race one of the weekend, Browning became the third driver in series history to win four races in a row.

Browning has already shown multiple times he could climb up through the field from a low grid slot, so a record fifth consecutive win was possible in the reversed grid race two, but his choice of old tyre meant he didn’t quite have the pace to pass title rival and Carlin driver Zak O’Sullivan.

“It was a shame we didn’t bolt on new race tyres,” Browning said after that race. “I’m saving them for race three so I couldn’t really have a go at the win.

“Starting P6, we got an absolutely brilliant start, managing to get up the inside of people.

“I think the collision [between Abbi Pulling and Roman Bilinski] helped me get through a little bit but, other than that, it was a really good race. I quite enjoyed it.

“Two wins and a second will do well for our championship. I’m absolutely thrilled to come away with that. It’s been absolutely phenomenal, especially coming away with the lap record.”