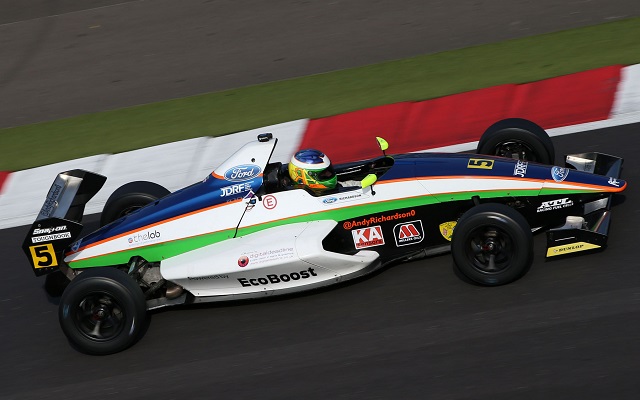 TV’s Ben Constanduros and female racer Louise Richardson will compete for Richardson Racing in the opening round of the Formula Ford GB opener at Brands Hatch this weekend.

Commentator and presenter Constanduros, 28, will be making his Formula Ford debut having previously raced in Ginetta sportscars.

Richardson, 21, is the sister of Andy Richardson, who raced for the family team in Formula Ford last year. She also has a history in Ginetta categories, taking four G50 class wins from five races in the GT Supercup last year.

According to the series, Richardson Racing are expected to announce a full-time driver for the remainder of the campaign over the weekend.

15 drivers are now confirmed for the Brands Hatch weekend, with testing taking place at the Kent track on Friday.