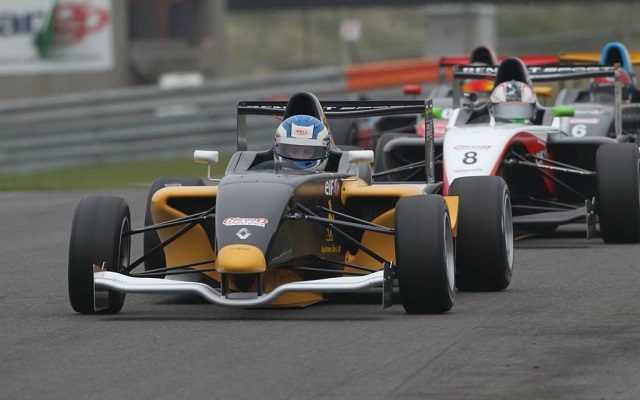 Swedish racer Lukas Sundahl has been confirmed for a second year in Formula Renault 1.6 Nordic.

Sundahl, 17, made his open-wheel debut in the series in 2013 with family-run Sundahl Racing. He had a slow start to his campaign, but gradually emerged as a dark horse title contender, eventually finishing the season in third place. He also had three guest outings in Formula Renault 1.6 NEC and managed to pick up a podium at Assen.

The Swede ran with Jenzer in the Eurocup Formula Renault 2.0 rookie test, but will forgo a move up the ladder for this year, continuing his 1.6 partnership with family-run squad in the 1.6 Nordic series.

The STCC-supporting Formula Renault 1.6 Nordic is expected to have upwards to 15 full-time drivers and will commence at Karlsoga on May 3-4.

Hughes leads day one of FR 2.0 NEC test at Assen