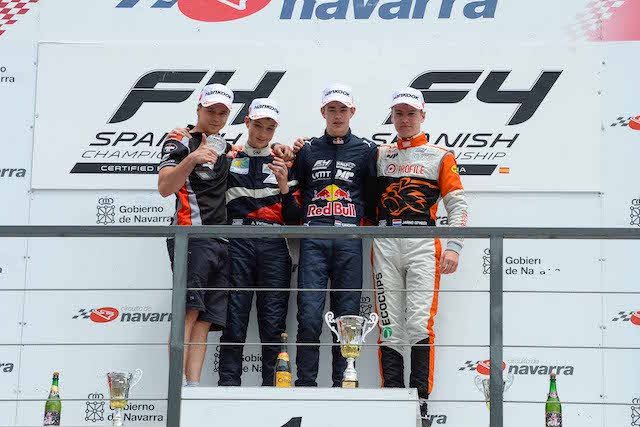 The Dutch driver led from pole position to chequered flag, finishing up four seconds clear of?Alex Vartanyan?in a field made up almost entirely of drivers that are already competing in the similarly Koiranen-run SMP series.

Racing here for the Drivex team co-owned by Pedro de la Rosa, Vartanyan had slipped from second to sixth with a bad start but the Russian produced a fine fightback, passing the battling?Roope Markkanen?and?Jarno Opmeer?in one move.

SMP F4 leader Opmeer got ahead of Markkanen – one of six drivers entered by Double R Racing – to complete the podium.

Vartanyan later claimed pole position for the third and final race of the weekend in the second qualifying session.