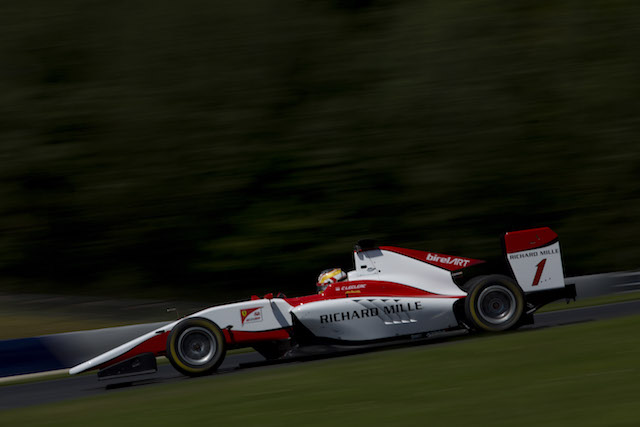 GP3 championship leader Charles Leclerc posted the best time on both days of the in-season test at Spielberg ahead of round two at the Austrian circuit next month.

On the opening day, the Ferrari Driver Academy member was over half a second clear of closest rival?Nyck de Vries?with the time he set in the morning session.

Leclerc’s fellow Barcelona winner?Alex Albon made it an ART Grand Prix 1-2-3 on Tuesday morning, while Trident’s?Antonio Fuoco took fourth on the day by beating fellow Ferrari protege Leclerc to set the afternoon pace.

Leclerc went fastest again on Wednesday morning, a quarter of a second slower than his previous?benchmark but still quicker?than anyone else could manage over the two days.

Fuoco came closest to challenging him, falling just 12 thousandths of a second short in a particularly close morning session where the top 18 were covered by less than half a second.

The best time of the afternoon was over a second down and set by?Steijn Schothorst.

The field was reduced to 23 after?Mahaveer Raghunathan?– who finished last in the two Barcelona races – abandoned his campaign with Koiranen to focus his efforts on the Italian Auto GP series, where he took second and third out of seven starters in?the opening races.