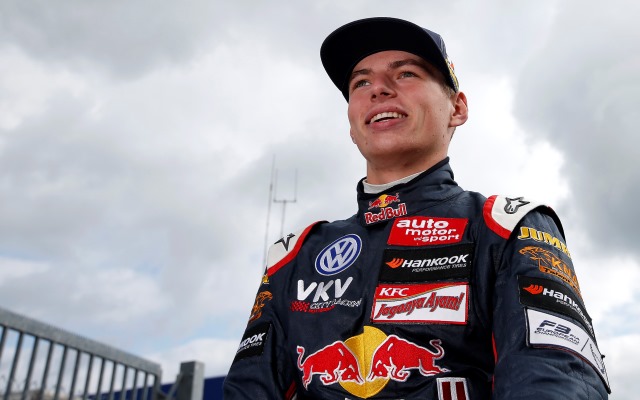 Max Verstappen will race in Formula 1 for Toro Rosso in just his second season of car racing in 2015, Red Bull has announced.

The Dutch driver, who only turns 17 in September, currently sits second in the FIA F3 European Championship standings with two rounds remaining, after taking his eighth win of the season at the Nurburgring last weekend.

That was his first racing appearance as a part of the Red Bull Junior Team, after his initial deal with the Austrian firm was made public last Tuesday. It’s believed that Red Bull motorsport chief Helmut Marko used the offer of an imminent F1 seat to tempt Verstappen away from Mercedes, who were also interested in his services.

Verstappen will join 2013 rookie Daniil Kvyat in the Toro Rosso line-up, displacing Jean-Eric Vergne. It means Formula Renault 3.5 championship leader Carlos Sainz will have to look elsewhere in order to make his F1 debut at the start of next year.

He will smash the existing record for the youngest ever F1 driver by around two years.