Home Featured F1 at 17: Arguments for and against Verstappen’s Toro Rosso deal
FeaturesFormula 1 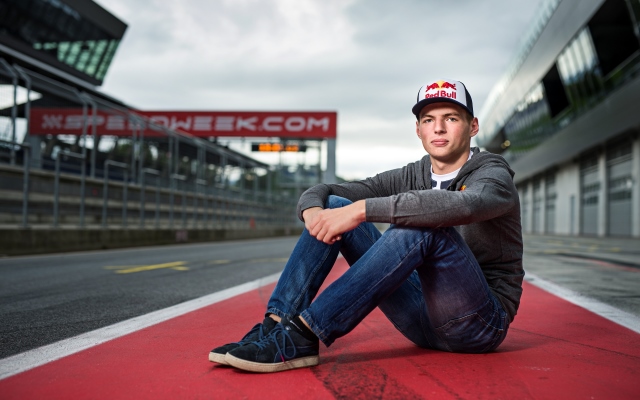 After the news that Max Verstappen will race in Formula 1 for Toro Rosso next year, Peter Allen weighs up the positives and negatives of giving an F1 seat to a driver who will only turn 17 next month, and will only have one year of single-seater racing under his belt.

For: He’ll be fast enough

Let’s get this straight first. Verstappen will be on the pace next year. At least. He’s gone straight to the top of the timesheets when he’s stepped into Formula Renault 2.0, Formula Abarth and then Formula 3 cars in the past 12 months. F1 will be harder than that, but there’s very little reason to suspect that he’s going to struggle. This year’s crop in the FIA F3 European Championship is full of talent, and when he’s one of the two quickest drivers in there, he must be something special. He’s on a similar level pace-wise to where his future team-mate Daniil Kvyat was in F3 last year – if not quicker.

Against: The rest of his game lacks development

For all his speed, Verstappen has shown other weaknesses this year. These aren’t criticisms you could really have of a 16-year-old karting graduate, but they are doubts that it’s right to have over a Formula 1 driver. He has a very aggressive style, which contributes to his spectacular speed and racing, but has led to more than his fair share of contact and lost points. He understandably lacks maturity too, when compared to some of F1’s new stars like Kvyat, Ricciardo, Bottas and Magnussen whose all-round package is as important to their success as their outright speed.

For: He’s no normal driver

For a 16-year-old, Verstappen is mature above his years. He’s a fast learner, and already has enough natural ability to perform well from the off. A driver of his talents ought to be able to get over any challenges that come his way and become better for it. He’s not there yet, but he has shown positive signs and plenty of progress in a short space of time – last weekend at the Nurburgring (Toro Rosso contract in his pocket and an increased audience watching him) being a case in point. There’s no reason why he’s not capable of making the switch in mentality from racing to himself to racing for a team, as is necessary in F1. 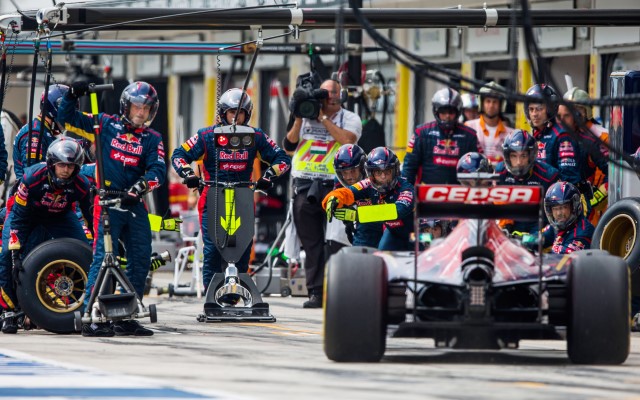 Arguably, Verstappen has shown enough to suggest he can overcome the challenges that await in F1 (Photo: Getty Images)

Verstappen does not need to look far to discover that a rapid rise to F1 doesn’t equal success in the long-term. His father Jos won two titles in his first two years after stepping up from karting, was hot property in F1 and made his debut the following season, in 1994. Despite taking part in eight seasons in a career that spanned a decade, two podiums in his rookie year was as good as it would get. More recently, Kimi Raikkonen moved up to F1 after just 23 car races – five less than Verstappen has already had (add another 12 from the Florida Winter Series, if you wish). He was instantly quick and has won 20 races, but only ever won one title. Surely a driver good enough to make such an early step should have achieved more? Did a lack of junior series experience ultimately cost him in the long term?

For: Red Bull know how to develop drivers

In Red Bull, Verstappen has joined a setup that has more knowledge and experience than anybody else when it comes to developing young drivers, and he should quickly benefit from their expertise and nurturing to develop his range of skills. After all, his success so far as been achieved without any such help. Imagine how much better he could become thanks to the operation that has made Vettel and Ricciardo the drivers they are today.

Against: He hasn’t had the same treatment as other Red Bull drivers

There is one significant difference between Verstappen and other successful products of the Red Bull scheme. Verstappen has had less than a week between becoming part of the Junior Team and being announced as an F1 driver. On the other hand, Vettel was with them since karting, and Ricciardo since early in his European single-seater career. Both had quick elevations up the ladder thanks to their ability and results, but they rarely skipped steps or made them early – perhaps with the exception of Vettel’s mid-season signature with Toro Rosso, but he was dominating Formula Renault 3.5 and had a points-scoring F1 debut with BMW under his belt. By the time they got to the high pressure environment of F1, both had had years of development from Red Bull to hone their raw talent, and even then they were far from perfect. 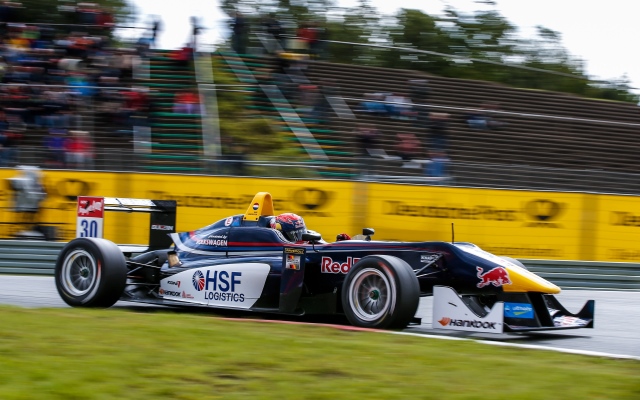 For: There’s seven months yet

If Verstappen made his F1 debut at Spa this weekend, Red Bull wouldn’t have had much time to do anything with him to get him ready and improve his all-round game. But there’s plenty of time before next March. With just the last two F3 championship rounds and the Macau Grand Prix to go, they will probably only have three more race weekends with which to work with him, but Red Bull have plenty of tools with which to develop him over the winter too, from simulators, to fitness and mental approach.

Against: He’s only in F1 to keep him away from Mercedes

Perhaps the hardest thing to stomach is the possibility that Verstappen isn’t getting this Toro Rosso seat because he’s the most suitable candidate for it, but because Helmut Marko needed to offer it to Verstappen in order to lure him away from current F1 leaders Mercedes, who were also courting him. This is only a speculated scenario, but it’s definitely a plausible one. Whatever is said about the car being more important than the driver in F1, some can be good enough to win titles even if a rival has built the quickest machine. Fernando Alonso came close to doing just that, against Red Bull, in 2012. But it’s questionable to give an early promotion to a promising driver just to stop the opposition getting their hands on him. At least if his career falters in Red Bull colours, he wouldn’t have brought success to Stuttgart either…

Verstappen doesn’t sit at the top of the ladder that the Red Bull Junior Team props against the window of Toro Rosso. In fact, his position as second in European F3 puts him at the bottom of it – below two of the top three in Formula Renault 3.5 and the current leader in GP3. But it’s not hard to argue that Verstappen has the most potential of all of these, given his relative youth and inexperience. When Red Bull have got limited capability to provide F1 chances to all their Juniors, why waste time with those whose long-term prospects are not quite as high as Verstappen’s? 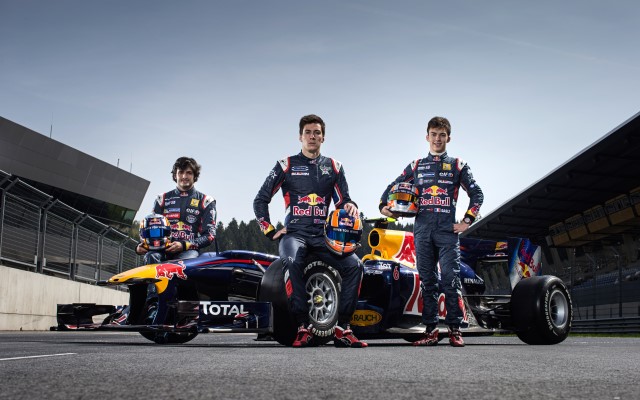 Verstappen has jumped ahead of Red Bull’s existing Juniors, who are all performing to target in 2014 (Photo: GEPA pictures/Red Bull Content Pool/Samo Vidic)

Against: Others deserve to get there first

The Red Bull Junior Team is far from a free ticket to F1. Those that are fortunate enough to be on it have tough targets set, and face the end of the road of their F1 ambitions if they don’t meet them. Carlos Sainz has had his ups and downs in his near-five-year stint with Red Bull, including being jumped by Kvyat in 2013 when a poor GP3 campaign followed a poor F3 campaign. This year he had to win the FR3.5 title, defeating a brand new, younger stable-mate in Pierre Gasly in the process. He’s on the course to achieve that, and you’d forgive him for assuming that he would get the chance to join Kvyat next year. When he’s done what was expected of him – in fairly convincing style – and won one of the two titles directly below F1, does he deserve to be jumped by Verstappen, who could easily spend 2015 in FR3.5 or GP2 and earn his chance the hard way? As for the man he displaces, Jean-Eric Vergne came so close to matching Ricciardo, but his long-term prospects were already appearing to shrink before Verstappen joined the fold. But he’s good enough to be in the 22, and hopefully he will stay there.

For: Let’s just see what happens

It isn’t hard to think of reasons to not give a 16-year-old a Formula 1 race contract, but many of the points against made above are ‘what if?’ scenarios. It’s clear that Verstappen is capable of being competitive right away, so is there really a problem? The worst that can happen is that it doesn’t work out. Amidst a lot of negativity surrounding the future of F1, this opportunity is a positive thing. For some of us, many talented drivers make us excited, but the prospect of Verstappen will engage the masses inside and out of the sport. A boy achieving his childhood dreams barely out of childhood is… well, the stuff of dreams.