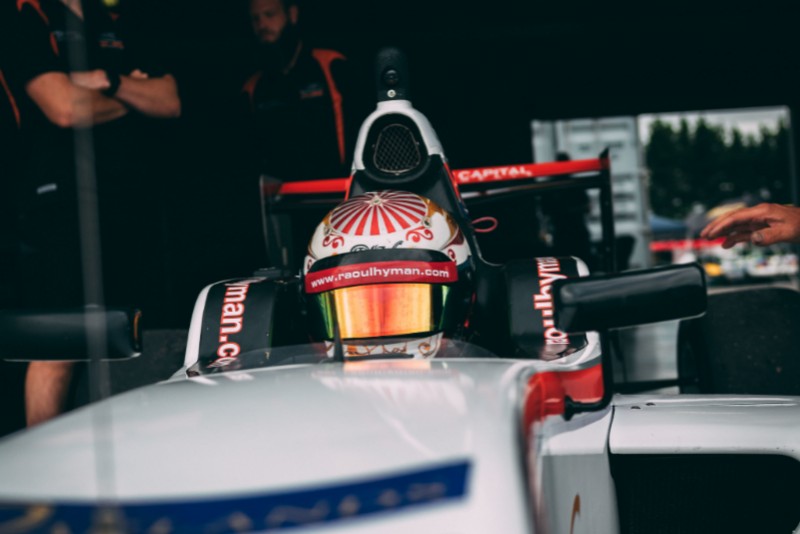 The 25-year-old South African has been signed by reigning champion team TJ Speed to complete its three-car line-up alongside returning race-winner Jason Alder and Nick Persing, who both move across from Velocity Racing Development.

Hyman has not raced in 2019, and his return to action comes with the support of the diversity scholarship launched last year by FRegional Americas owner Parella Motorsports Holdings.

“I look forward to the challenges that lay ahead and will put in 110% effort to bring success to the team and the PMH Diversity program. I can’t wait to get started.

“I will be going through film, looking at data and doing a lot of studying to make sure I am ready to go once the engines fire.”

Hyman’s single-seater career began in the BRDC British Formula 4 championship in 2013, and in his second season there he fought with future Formula 1 star George Russell and Kush Maini for the title and came a close third in the standings.

He then moved up to FIA European Formula 3 with Team West-Tec, but only scored three times with the underdog team. Most of 2016 was spent on the sidelines, and Hyman then landed a GP3 seat with Campos Racing for the year after.

It put his name back on the map as he won a sprint race at the Red Bull Ring and came 13th in the points, and the team also called upon his services for a Euroformula round where he claimed pole on debut and took a podium.

His 2018 was spent in FRAC, then known as Asian F3, and he claimed the inaugural title with Hitech GP.

That success helped him expand his racing programme for 2019, beginning with the Toyota Racing Series where he only missed out on third in the standings with the Giles Motorsport team on victory countback. He then moved into the GP3-succeeding FIA F3 Championship as a Sauber junior with Charouz Racing System, but only scored points once.

“Raoul has a wealth of experience and while tracks in North America will be new to him, I think he will be a quick study,” TJ Speed founder and team boss Tim Neff said.

“[He] has raced in several big name series with success so I am expecting that he will fight for race wins and podium results in 2022.”

Hyman’s first running with the Australian team will be in a two-day test at NOLA Motorsports Park, venue of the season opener, on March 29-30.