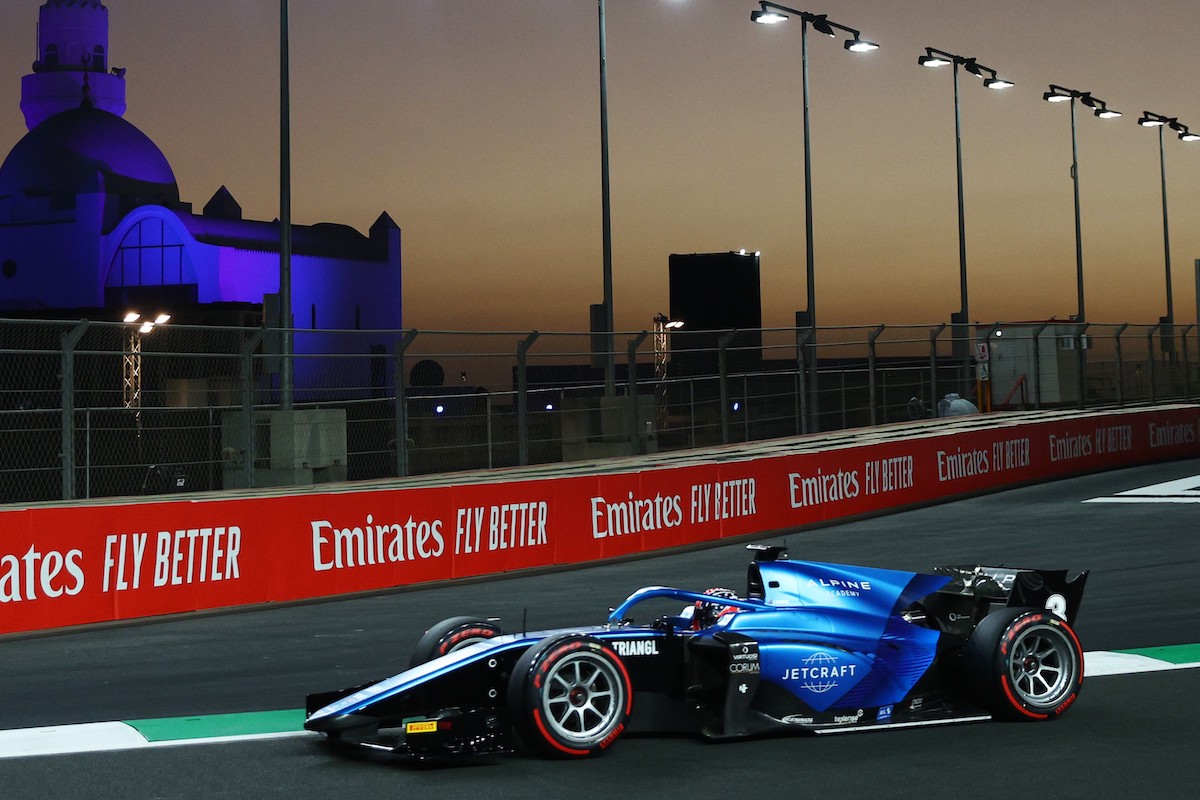 Doohan had qualified in the top three for the third time in as many F2 events by taking third around Jeddah. However, it was found he did not have the required amount of fuel left in the car for post-session scrutineering.

This means he will have to start from the back of the grid for both Saturday’s sprint and Sunday’s feature races.

The qualifying session was interrupted by three red flags – two due to crashes and one for a GPS issue involving ART Grand Prix’s Frederik Vesti prompting the use of the medical car – something the stewards acknowledged in their report.

“The stewards acknowledge the team manager’s statement that this was an unusual session in terms of the number of red flags that were issued,” the decision read. “On their part, the Team affirmed that they miscalculated the fuel load.”

F2’s qualifying rules have changed for this season, meaning teams are not permitted to refuel during the session.

“Having considered the matter extensively, the stewards conclude that there is no intent of wrongdoing involved. However, there is no dispute that the technical regulations have been breached and the standard penalty for such a breach is, therefore, assessed.”

Marcus Armstrong thus moves up into the top three, while Ralph Boschung set to join him on row two for the feature race.

As a result, those penalised drivers are now set to start the sprint race from sixth, 15th, 17th, 19th, and 20th respectively, with Cordeel – who was handed four penalty points for his incident – only ahead of Doohan as Charouz Racing System’s Cem Bolukbasi missed qualifying and will now take no further part in the weekend after being taken to hospital for precautionary checks following a free practice crash.