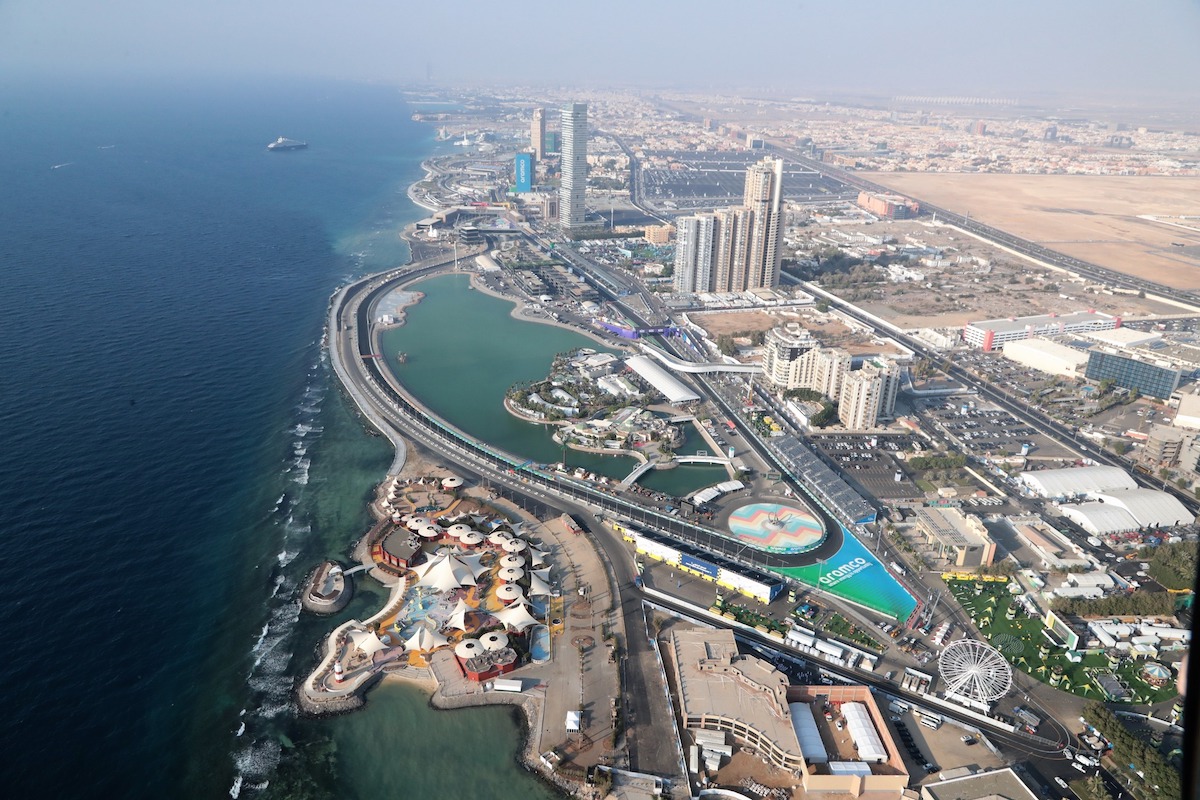 Formula 1 says the Saudi Arabian Grand Prix weekend in Jeddah, which is also hosting round two of the Formula 2 season, will go ahead as planned following a missile attack on a nearby oil depot.

A fire broke out on Friday at the facility, which belongs to F1 sponsor Aramco and is located around six miles from the Jeddah Corniche Circuit. Clouds of smoke were visible during the opening F1 practice session, which took place just before F2 qualifying.

After Yemen’s Houthi rebels claimed responsibility for the attack on the plant, the subsequent second F1 practice session was delayed by 15 minutes while drivers and team representatives met with F1 CEO Stefano Domenicali.

There was a further meeting at around 10pm local time in which assurances were given by local authorities that the event can continue safely.

“We have received total assurance that for the country’s safety first that no matter to this situation, safety has to be guaranteed,” Domenicali told the assembled media scrum in Jeddah including Sky Sports.

“They are here with their families, actually here at the track, so they have been placing all the systems to protect this area, the places that we are going. So we feel confident, and we have to trust the local authorities in that respect. And therefore of course we will go ahead with the event.”

FIA president Mohammed Ben Sulayem was also present and added: “They are targeting the infrastructure, the economic infrastructure, not the civilians and of course not the track. We checked the facts from them and we got the assurance from a high level that this is a secure place, the whole thing will be secure and let’s go on racing.”

The grand prix’s organiser the Saudi Motorsport Company had earlier issued a statement of its own.

“We are aware of the attack on the Aramco distribution station in Jeddah earlier this afternoon,” it read, “and remain in direct contact with the Saudi security authorities, as well as F1 and the FIA to ensure all necessary security and safety measures continue to be implemented to guarantee the safety of all visitors to the Formula 1 STC Saudi Arabian Grand Prix as well as all drivers, teams and stakeholders.

“The race weekend schedule will continue as planned. The safety and security of all our guests continues to be our main priority and we look forward to welcoming fans for a weekend of premium racing and entertainment.”

While F1 drivers’ usual end-of-day media sessions were cancelled, the top three drivers in F2 qualifying were asked about the situation in the press conference immediately after their session, just as the F1 drivers were having their initial meeting.

“[We haven’t had] any info yet, this is the first I’m hearing of it,” said Jack Doohan.

“I’m sure we’ll be briefed shortly. We’re here to race so if we can make that happen, that’ll be awesome,” he added, to which Felipe Drugovich and Richard Verschoor had nothing to add.

Craig Woollard and Peter Allen contributed to this report