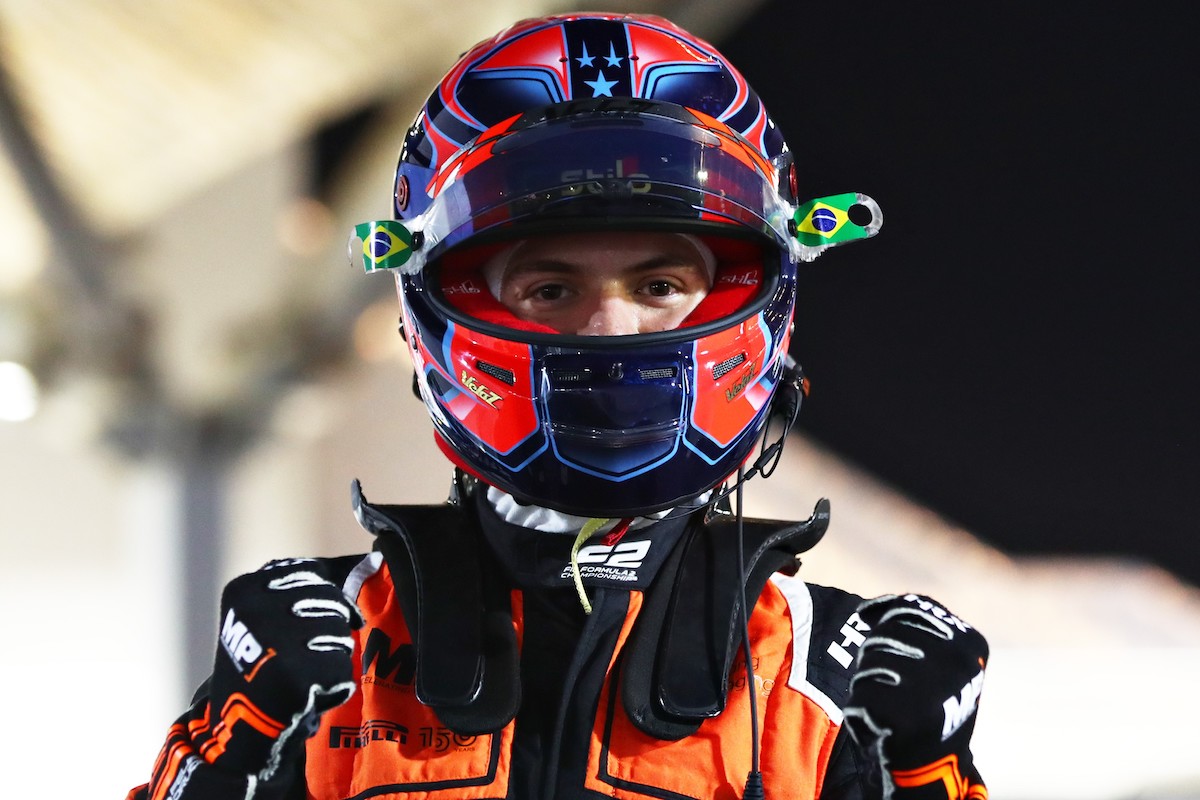 Felipe Drugovich has described the lap he set to take pole position for Formula 2’s Jeddah feature race as “the lap of my life”.

Drugovich came out on top of a heavily disrupted qualifying which was interrupted by three red flags.

While Hitech GP’s Marcus Armstrong had set the benchmark at the time of the final stoppage, he did not go out to try again – with F2 teams now prevented from refuelling their cars mid-session.

Drugovich was among those who did, and he stormed to his first pole in over a year and his second in F2, having been on pole for the first Silverstone feature race in 2020.

Asked by Formula Scout how representative he felt Friday’s disrupted running was of drivers’ outright speed, Drugovich said: “It’s difficult to say. Obviously, some people in the midfield didn’t get a lap in but I’m pretty confident that my lap was very good.

“I think I even said it on the radio, that it was the lap of my life, it was really good. I think if someone would have gone quicker than that, I wouldn’t have managed to go much quicker than that anyway. I have to take that into consideration and I’m really happy with my lap.”

Drugovich also spoke in more detail about his lap and the pressure he put on himself to vault to the top, having been forced to abandon earlier flying laps.

“After sector one, I refused to look at the dash to see if I was going a lot quicker or not,” he said. “So, yeah I just pushed the whole lap. Even though there was quite a lot of pressure on me, even myself putting some pressure on me because I was P15 or so, so I know I had to get something out of that lap, which was good that I didn’t have traffic.

“That was a good side of doing that strategy and waiting until the end but in another way you feel very pressured that you have to deliver, otherwise, you’re outside of the top 10. But anyway I’m really happy with what I did and also what the team gave me.

“It was quite difficult mentally. Also hoping that you’re not going to get a fourth red flag in that lap. So it’s quite difficult but in the end, you try to forget in the best way possible that there are red flags and then just go for it. Also, this track is quite difficult to put a lap together because it’s quite challenging, I would say. But I think I’m really happy, I just have to enjoy this time now.”