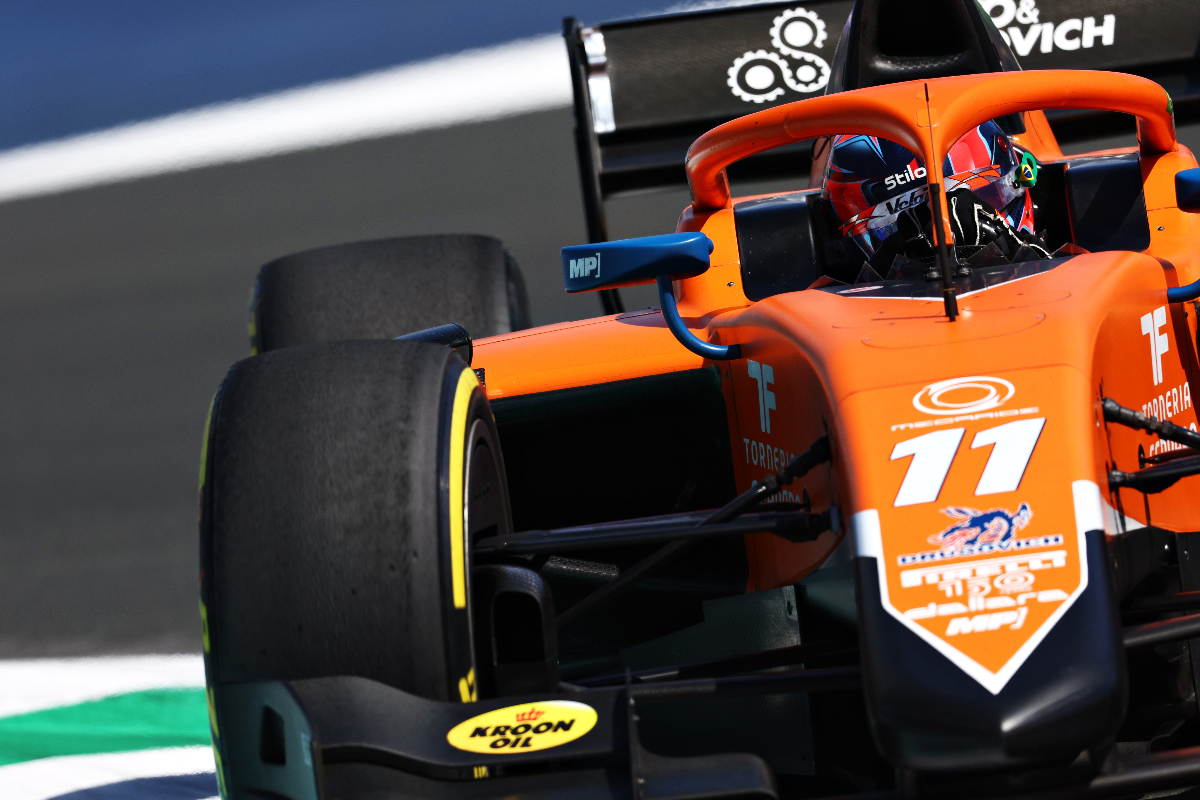 A late effort from MP Motorsport’s Felipe Drugovich gave him the pole position for the Formula 2 feature race in Jeddah, in a qualifiying stopped three times.

The three-hour gap between free practice, which Drugovich topped, and qualifying was enough for ART Grand Prix to repair Theo Pourchaire’s car after he crashed in the earlier session and he was immediately out on track once qualifying started.

Qualifying resumed and Boschung was improving on his laptime by almost half a second when red flags came out again. This time Carlin’s Logan Sargeant had lost control of his car and hit the wall, destroying its rear end.

Hitech GP’s Marcus Armstrong claimed the fastest time once the session restarted. But Boschung was again on the charge and moved within seven thousands of Armstrong’s benchmark despite having a close moment with ART GP’s Frederik Vesti, who was about to open the lap, in the last corner. The incident is being investigated post-session.

A third red flag came out with less than five minutes to go due to an apparent false alarm from Vesti’s car that indicated he had stopped on track when he was in fact able to return to the pits. This meant the end of the season for Boschung and Armstrong, as a new-for-2022 rule prevents teams from refuelling cars during qualifying and drivers needed enough fuel to do a final run.