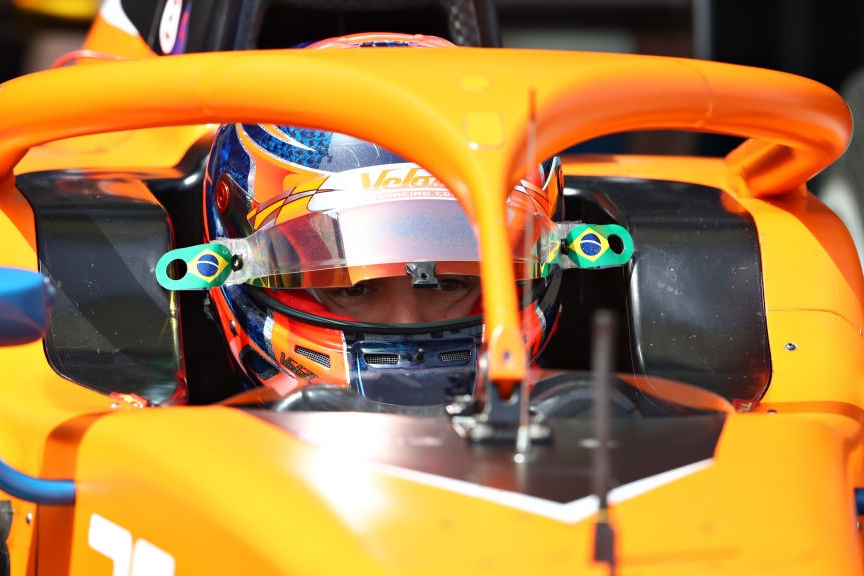 Following the first stoppage, Carlin’s Liam Lawson was among several drivers who had time to set one flying lap and rose to second place behind early pacesetter Drugovich.

Before then Campos Racing’s Ralph Boschung had been the first to put in a meaningful laptime, with Van Amersfoort Racing’s Jake Hughes fighting through traffic to appear near the top too before Drugovich went fastest in all three sectors and set a 1m44.100s.

Some of the teams opted to practice pitstops early in the session, as in the feature race in Bahrain last weekend Trident’s Calan Williams and Prema’s Dennis Hauger were released with only three wheels attached.

There were several instances of debris on the Jeddah track, with Lawson picking up a plastic glove on his radio transponder and VAR’s Amaury Cordeel running over more plastic on track in the opening minutes.

The layout of the track has been revised since it was first used last December following safety concerns, and the kerb at turn 12 caused minor problems for several drivers. There were also several incidents of drivers striking kerbs and walls hard, which was the cause of both red flag periods.

MP’s Clement Novalak lost the rear of his car going through turn 15, but kept it running and was able to get going quickly.

Charouz Racing System driver Cem Bolukbasi then found the wall between turns 11 and 12 after grounding out on the outside kerb of Turn 11 before sliding backwards, with speed, into the barriers.

The incident caused a red flag interruption of over 10 minutes, with the Turkish driver having to wait several minutes before being attended by the FIA medical team who assisted him out of the wreckage.

Championship points leader Theo Pourcahire caused the second red flag interruption after just two minutes of green flag action after as he spun at the exit of the turn 22 left-hander, a corner that was of contention last year due to the crashes that occurred there, and hit the wall in similar fashion to Bolukbasi. The session was not restarted after his crash.