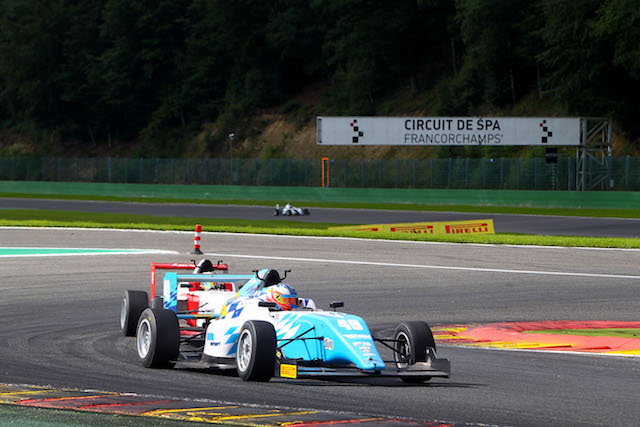 Australian ace Randle had missed out on benefitting from the reverse grid with a muted first race, but an assertive opening lap to race two lifted him to fourth.

Sowery had a lead of over 1.5 seconds with only a few laps remaining but Randle quickly ate into this and was able to move into the lead down the Kemmel Straight for the final time.

Will Palmer started race three on pole on his return to the rebranded series and held the lead through the opening laps as Norris worked his way up to second past Leist and Collard.

The Brazilian slashed the gap to Norris to half a second, but the Carlin driver held on.

Leist has cut Collard’s points lead to just four points however after the other Carlin racer slipped back to sixth place in the race, behind Sowery and Randle.